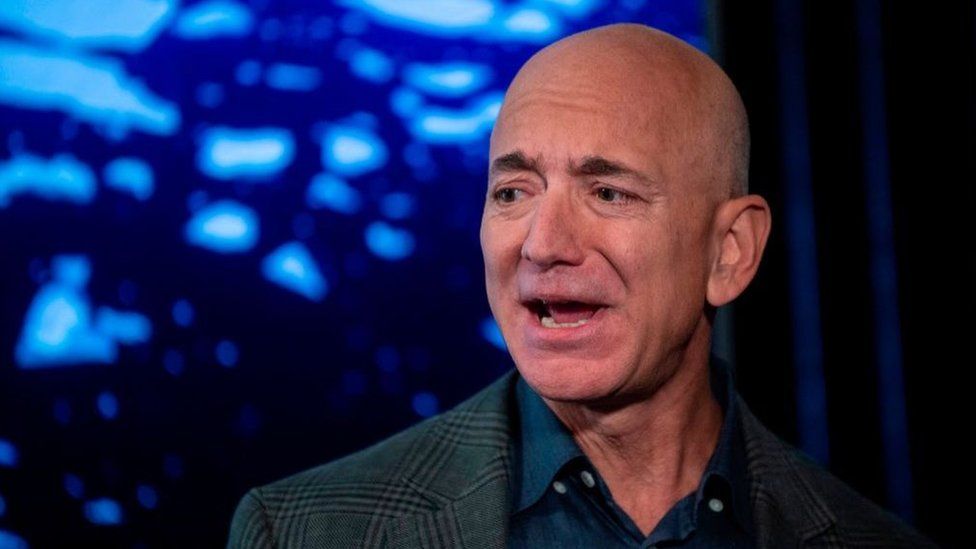 Amazon vs Reliance: Why are two of the world’s richest men in court?

A tussle over an Indian grocery company has pitted the world’s largest e-commerce business Amazon against India’s largest company Reliance.

The companies are at odds because they both made separate deals with the same Indian retailer – Future Group.

Analysts say the legal battle, in which an American behemoth is facing off against a local hero with a home field advantage, could shape the growth of e-commerce in India for years to come.

“I think this is massive. Amazon has never seen this kind of rival in any of their markets,” Satish Meena, a senior forecast analyst from the consultancy Forrester, told the BBC.

Amazon made its founder Jeff Bezos the world’s richest man (although he no longer holds the title) and the company has transformed retail globally. But Reliance Chief Executive Mukesh Ambani – who is India’s richest man – also has a history as a disrupter.

Industry analysts think his retail plans will pose a challenge to Amazon, and to Walmart-owned Flipkart too.

Amazon has been aggressively expanding its presence in India, where it hopes to cash in on a growing e-commerce market. Reliance also has plans to expand both its e-commerce and its grocery business.

What is the battle over Future Group?

Future Group recently made a deal to sell $3.4bn worth of retail assets to Reliance Industries earlier this year.

Since 2019, Amazon has owned a 49% stake in Future Coupons, which gives it an indirect ownership stake in Future Retail. Amazon argues that as a part of that purchase, Future Group was prevented from selling to a select group of Indian companies, including Reliance.

Future Retail, which is a predominantly a bricks and mortar business, was hit hard by the pandemic, and contends that its deal with Reliance is essential to keeping the company afloat.

The most recent round in court went to Future Group. Last Monday, The Delhi high court reversed a decision from a week earlier that put the sale on hold.

If Reliance’s purchase is allowed to proceed, it would give its retail arm access to over 1,800 stores in more than 420 cities in India, as well as Future Group’s wholesale business and logistics arm.

“Reliance is a player which has the money, which has the influence which is required in this market. They don’t have the expertise to do e-commerce,” said Mr Meena.

If Amazon succeeds, it may gain the upper hand, slowing a key competitor’s plans to push into e-commerce.