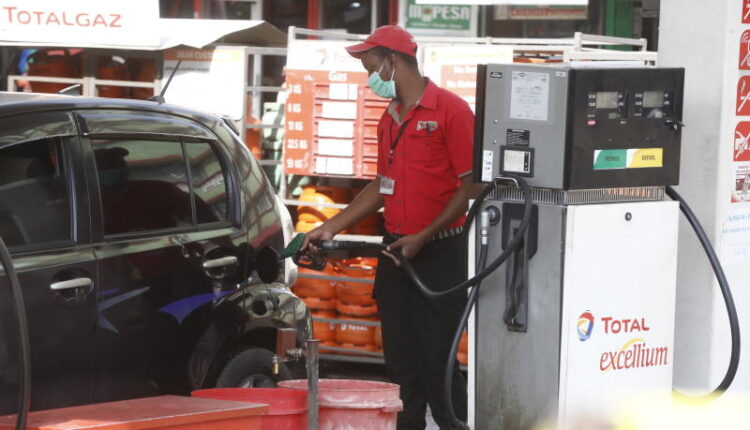 MONROVIA – Importers of petroleum products in Liberia are said to be creating an artificial shortage of diesel and gasoline in the country in a bid to escalate the stipulated prices released by the Government of Liberia (GOL), paralyzing and sabotaging normal working, commercial and academic activities the smooth movement of people, goods, services across the nation.

Some of the major importers of petroleum products in Liberia include Aminata and Sons, SP, NP, Total, Srimex, Jomanday, among others.

The storages or terminals of these importers at the Liberia Petroleum and Refining Company (LPRC) and elsewhere remain stocked with thousands of gallons of petroleum products, but their unbending refusal to supply the local market continues to suffer not only commuters, but other who engage into the retail sale of gasoline and diesel to sustain them and their respective family members.

The prices of petroleum products, especially gasoline have skyrocketing in recent times, imposing additional hardship on the already impoverished Liberian people and escalating tension in the nation.

The resolved increment has not been accepted by the Coalition for Democratic Change (CDC) led-government of President George Manneh Weah.

As a result of this, these importers are reneging to sell to retailers. They are also refusing to release their products to their respective filling stations across the nation.

They want a US$1 increment on each gallon, citing the current situation between Ukraine and Russia as a case in point to guarantee their clandestine move.

Though there are reports that the move is intended to raise money for some of these business people to support the campaign of President Weah in 2023, citizens, especially less fortunate Liberians are the ones mostly affected.

On the Bushrod Island and in central Monrovia, commercial drivers and riders of taxis and tricycles are seen in long queues at various filling stations during the early morning hours to purchase diesel or gasoline.

“We will continue to increase transportation fares because, the government is not ready yet, how will you allow business people to determine prices just to suffer your own people. The petroleum importers now are deciding who to sell to”, Andrew Williams, a commercial taxi driver stated.

Passengers are engaged into commotions, which sometimes lead to fistfight, over the payment of transportation fares.

As a result of the situation, most young people prefer trekking to reduce their transportation fares, while others stormed various bus parking to get to and from their respective destinations.

“The bus parking is really parked today. It’s because of the gas business. Many people do not love to ride bus especially on Monday because of the traffic. But taxi drivers are over charging the passengers and so, they are forced to come ride buses”, Winston, a car loader around the Point Four junction stated.

At some of these filling stations, supervisors and pump attendants are refusing to serve those they referred to as “camp boys” and other commercial taxi drivers and kehkeh riders.

Camp boys are young Liberians who normally sell petroleum products on sidewalks. They sell above the usual gas station price.

They usually paid attention to those carrying “Tomcard” or coupons of their various filling stations.

Harmon Sackie, a kehkeh rider stated: “For me, I bought one gallon for L$1000 this morning; as soon it reached around 1PM, I went back to the same gas station and the people said they were not serving kehkeh again but only those who had coupous. So, I left and went to buy gas on the sidewalk for L$1350. If I paid that type of money just for one gallon, you think I will not carry the transportation up too? I will carry it up. Everyone will pay for it”.

As a result of this, many of those searching for the commodities depart these filling stations in a frustrated mood after being denied from purchasing the products.

Some of them are even constrained to stand in long queues for hours, but denied from being served immediately after reaching the pump attendant.

Owners of few private and commercial vehicles have also taken a decision to park their cars until the situation is addressed.

In a statement issued in Monrovia on Sunday, June 5, petroleum importers under the banner, Petroleum Importers Association of Liberia, said they are experiencing losses as a result of the current crisis between Russia and Ukraine.

In a statement issued in Monrovia on Sunday, June 5, petroleum importers under the banner, Petroleum Importers Association of Liberia, said they are experiencing losses as a result of the current crisis between Russia and Ukraine.

They maintained: “This is beyond the control of any government and the importers. The current prices set by the government therefore put us in losses which are not sustainable and could lead into bankruptcy of our companies. In addition, amidst the current scarcity of petroleum products on the world market, there is limited amount of stocks in the country and we need to procure stocks in time to have products readily available on the Liberian market”.

They called on government to address the situation in the soonest possible time.

Over the weekend, the hoarding of petroleum products compelled the government, through the Ministry of Commerce and Industry to issue a statement during the late evening hours.

The government assured that it would make no further increases in the price of Gasoline (PMS) and Jet fuel for the month of June. The Ministry also says there will be a slight reduction in the Price of Fuel (AGO) and assures that it continues to work along with importers of petroleum products to ensure that there is sufficient stock in the country to serve the market for the next couple of months.

According to a release, the Government of Liberia appreciates those who are fully executing their supply mandate as Licensed Importers of petroleum.

At the same time, Ministry once more assures the public of its commitment to ensuring that essential commodities are available and affordable on the local market in line with the Pro-Poor Agenda for Prosperity and Development (PAPD).

It may be recalled that early this year, the Ministry of Commerce and Industry informed the public that in the midst of disruptions to the global supply chain posed by COVID 19 and subsequently the Russia-Ukraine War, that is greatly affecting cost of freight and sourcing of commodities from international suppliers, the Liberian Government re-assured the public of ensuring the affordability and availability of essential commodities on the local market.

“As the sector institution responsible for ensuring a safe and conducive business climate for Liberia, we will continue to appraise the public as new developments unfold regarding the availability and prices of essential commodities on the Liberian market,” the release concluded.

There are reports that the petroleum importers are allegedly hoarding the products to compel the government to provide subsidies in a bid to cover some of their losses.

A similar approach was done by the government to address the scarcity of rice in the country a few months ago.

However, it remains unclear whether or not the government will fall prey to the latest strategy being implored by the petroleum importers to maximize profits at the detriment of the struggling Liberian masses.

Ahead of the 2023 general and presidential elections, unscrupulous business entrepreneurs are bent on engaging in unwholesome practices to ensure that the vast majority of Liberians continue to feel the excruciating pain of the already shattered economy to make the government unpopular.