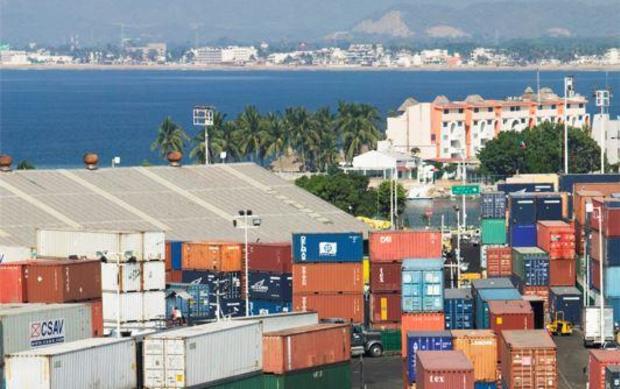 Mexico City — Thieves broke into a freight storage area at the Pacific coast seaport of Manzanillo and stole 20 freight containers loaded with partly refined gold and silver ore and television sets, the Mexican Employers Federation said Monday. José Medina Mora, president of the federation, said the large-scale robbery was a sign of rising crime in Mexico.

“There is a growing lack of safety, and this is a sign of what is happening in the country and it requires that authorities take action,” Medina Mora said.

The state of Colima, where Manzanillo is, has not officially commented on the June 5 robbery.

But Horacio Duarte, the head of Mexico’s customs service, confirmed the robbery and said organized crime was involved.

“This was a very serious organized crime operation,” Duarte said.

According to local press reports, about 10 armed thieves forced their way into a private freight dispatch yard near the port, subdued employees and then took several hours to search for the shipping containers they wanted.

The thieves then apparently hooked up the containers to trucks and drove away with them. No sign of the containers, or their contents, has been seen since.

Freight theft is a serious problem in Mexico, but it usually involves thieves hijacking one truck at a time on highways — not driving off with 20 freight containers.

Articles like television sets are usually quickly sold off in the country’s extensive black markets, but it was unclear where thieves could sell tons of partly processed gold or silver ore. Any refiner would be likely to ask questions about where it came from.

Prosecutors and police in Colima have had a more pressing problem on their hands, with residents blocking roads to protest kidnapping and killing of local people. Two police officers have also been shot to death so far this month in the state, which has been dominated by the Jalisco drug cartel.