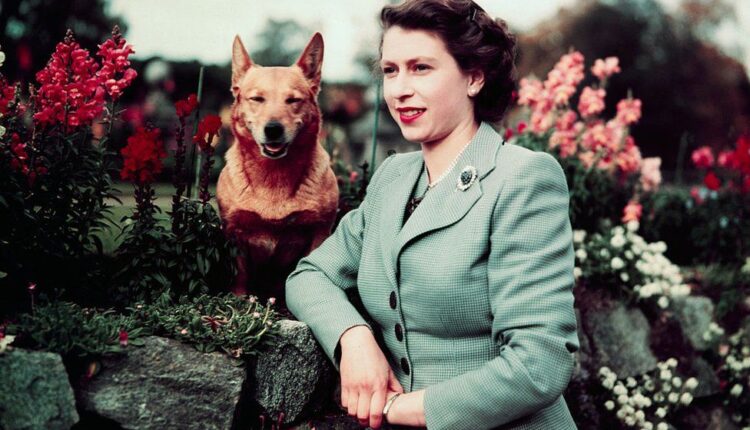 Corgis: How the Queen fell in love and started a phenomenon

1959: Queen Elizabeth II, aged 32 and a mother of two, sits designing a gravestone for her dog.

Susan showed up on her 18th birthday, and would gatecrash her honeymoon a few years later, smuggled beneath a rug in the royal carriage after her wedding to Prince Philip.

“I had always dreaded losing her,” the Queen wrote in her grief, “but I am ever so thankful that her suffering was so mercifully short.”

That Susan bit the royal clock winder and a young palace sentry is a matter of record, though her epitaph leaves out such indiscretions. She was buried in the pet cemetery at Sandringham, started by famously committed mourner Queen Victoria.

An ending for one Pembroke Welsh corgi – but certainly not for Her Majesty, who was only just getting started.

Over the next six decades, she would own more than 30 of Susan’s descendants, single-handedly create a mass market for this stunted Welsh cattle dog, and accidentally invent the dorgi with the help of Princess Margaret’s amorous dachshund, Pipkin.

Why corgis? The answer, which may resonate with parents, is that some friends had one in 1933 when Princess Elizabeth was seven years old, and she wanted one too.

Pembroke corgis were a familiar sight in Wales, but fairly new to England. The Duke of York, Elizabeth’s father, approached a respected breeder named Thelma Gray who brought the family three puppies from her Rozavel kennels in Surrey to choose from.

They settled on a little corgi officially named Rozavel Golden Eagle, because he was the only one with a small stump of tail to wag – and they wanted to know when he was pleased. But the pup became known as Dookie, reportedly after the kennel staff heard the Duke of York was going to be his owner, and the nickname stuck.

Dookie was horribly behaved, biting courtiers and visitors with abandon – but that didn’t stop a press photo of Elizabeth and the tiny tyrant charming the public and raising the Pembroke corgi’s profile.

Another puppy, Lady Jane, arrived from the same breeder a few years later. Christmas 1936 then saw a royal PR coup in the form of a saccharine children’s book – Our Princesses and Their Dogs – which styled the Yorks and their pets as “one very human family”. The book, brimming with dog pictures and family values, went on sale just days before the Duke’s elder brother abdicated, making him the new king.

Buckingham Palace is extremely tight-lipped about anything to do with the Queen’s dogs because they’re seen as a “private matter”. But it’s clear the royals cottoned on early to the softening effect of a well-timed corgi.

Kennel Club figures show a clear spike in Pembroke corgi registrations in 1936, and another in 1944, the year Princess Elizabeth got Susan. She had made corgis cool, while they made her look warm.

“People – breeders – were servicing the market for a dog that has suddenly become very popular. It’s the 101 Dalmatians effect,” notes Ciara Farrell, the Kennel Club’s Library and Collections Manager.

“You see it with advertising as well – the old English sheepdog on the Dulux advert in the 70s and 80s.” Likewise, the Andrex puppy, a marketing masterstroke that’s run for half a century.

Away from the cameras, Princess Elizabeth and Susan were inseparable. Add to that a royal’s awareness of lineage, and it’s no surprise she turned to Thelma, provider of her childhood puppies, to find Susan a mate. Rozavel Lucky Strike was the dog for the job, and founded a line of Windsor Pembroke corgis which continued for 14 generations.