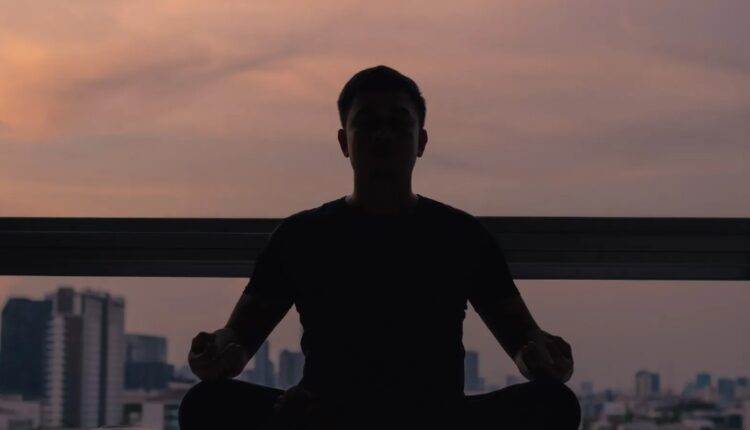 How mindfulness can make you a darker person

Mindfulness is thought to have multiple benefits – but it can also make you less likely to feel guilty about wrongdoing and derail your moral compass.W

Whether you are a school teacher, a hospital worker, a Google programmer, a US Marines officer or even a UK politician, you’ll have been encouraged to embrace mindfulness by colleagues and supervisors. Even my smartwatch regularly reminds me to take a “mindful minute”.

The immediate outcomes of this popular form of meditation are meant to be reduced stress and risk of burnout. But listed alongside these benefits, you’ll often find claims that mindfulness can improve your personality. When you learn to live in the moment, the proponents say, you will find hidden reserves of empathy and compassion for those around you. That’s certainly an attractive bonus for an organisation hoping to increase co-operation in its teams.

The scientific research, however, paints a more complicated picture of mindfulness’s effects on our behaviour, with emerging evidence that it can sometimes increase people’s selfish tendencies. According to a new paper, mindfulness may be especially harmful when we have wronged other people. By quelling our feelings of guilt, it seems, the common meditation technique discourages us from making amends for our mistakes.

“Cultivating mindfulness can distract people from their own transgressions and interpersonal obligations, occasionally relaxing one’s moral compass,” says Andrew Hafenbrack, assistant professor of management and organisation at the University of Washington, US, who led the new study.

Such effects shouldn’t discourage us from meditating, stresses Hafenbrack, but may change when and how we choose to do it. “While some have viewed it as a panacea, mindfulness meditation is a specific practice with specific psychological effects,” he says. And we need to be a bit more… well, mindful about those effects.

There are many forms of mindfulness, but the most common techniques involve either focusing on your breathing or paying intense attention to the sensations in your body. There is some good evidence that these practices can help people to cope better with stress, yet a handful of studies over the past few years have shown that they can also have some unexpected and undesired effects. Last year, for example, researchers from the State University of New York showed that mindfulness can exaggerate people’s selfish tendencies. If a person is already individualist, then they become even less likely to help others after meditation.

Hafenbrack’s new study examined whether our state of mind at the time of meditating, and our social context, might influence its effects on our behaviour.

In general, mindfulness seems to calm uncomfortable feelings, he says, which is incredibly useful if you feel overwhelmed by pressure at work. But many negative emotions can serve a useful purpose, particularly when it comes to moral decision making. Guilt, for example, can motivate us to apologise when we have hurt someone else, or to take reparative action that might undo some of the damage we’ve done. If mindful meditation leads us to ignore that emotion, it could therefore prevent us from righting our wrongs, suspected Hafenbrack.

To find out, he designed a series of eight experiments involving a total sample of 1,400 people using a variety of methods. In one, the participants were asked to remember and write about a situation that had made them feel guilty. Half were then asked to practice a mindfulness exercise which directed their focus to their breathing, while others were told to allow their minds to wander freely.

Afterwards, the participants were asked to take a questionnaire that measured their feelings of guilt. They also had to imagine that they had been given $100. Their task was to estimate how much they would be willing to donate to the person they had wronged for a birthday surprise.

As Hafenbrack had suspected, the participants who had done the mindfulness meditation reported less remorse – and they were substantially less generous towards the person they had wronged. On average, they were willing to donate just $33.39, while those who had simply let their minds wander were willing to give $40.70 – a nearly 20% difference.

In another experiment, Hafenbrack divided participants into three groups. Some practised mindful breathing, while others were told to let their minds wander and a third group browsed the web. The participants were then asked to write a letter of apology to a person they had wronged, which two independent judges then rated, according to whether the individual took responsibility for the actions and whether they offered to make up for the wrongdoing. (A high-quality heartfelt apology would include both elements.)

The practice had muted their feelings of guilt and, as a result, their willingness to make amends

In line with Hafenbrack’s hypothesis, the people who had practised mindfulness offered less sincere apologies than those in either of the control conditions. This again suggested that the practice had muted their feelings of guilt and, as a result, their willingness to make amends.

The remaining experiments suggest that this is true in many different situations, including business decision making that might affect social justice. The participants in one experiment, for example, had to imagine that they were the CEO of a chemical company that dealt with hazardous materials. They were then asked to state their endorsement for a new environmental policy that would help to reduce air pollution. Participants who had just practised mindfulness were much less likely to support the reparative measure.

It’s important to recognise that these studies examined the effects of mindfulness exercises in very specific contexts, when guilt was salient in the participants’ minds. “We shouldn’t over-generalise and conclude that mindfulness makes you a worse person,” Hafenbrack says.

His results might, however, encourage us to be a bit more thoughtful about when we apply it. We should think twice about using it after a disagreement with a friend or colleague, for example, particularly if you already know that you were in the wrong. “If we ‘artificially’ reduce our guilt by meditating it away, we may end up with worse relationships, or even fewer relationships,” he says.

Miguel Farias, an associate professor in experimental psychology at Coventry University, UK, says that he welcomes any studies that carefully and precisely detail the effects of mindfulness. “I certainly think that we need to start looking at the nuances.” In his book The Buddha Pill, co-written with Catherine Wikholm, he describes how mindfulness interventions in the West are often presented as a “quick fix”, while ignoring much of the ethical guidance that was part of the original religious tradition – which may be important for ensuring that the practice brings about the desired changes to people’s behaviour.

Working with Ute Kreplin at Massey University in New Zealand, Farias recently examined the available studies on meditation’s consequences for altruism and compassion, but found limited evidence for meaningful positive changes across individuals. “The effects are much weaker than had been proposed.” Like Hafenbrack, he suspects the practice can still be useful – but whether you see the desired benefits may depend on many factors, including the meditators’ personality, motivation and beliefs, he says. “Context is really important.”

At the very least, Hafenbrack’s research suggests that casual meditators might turn to other contemplative techniques besides mindful breathing and body scans during times of interpersonal conflict. He’s examined a technique known as ‘loving-kindness meditation’, for example, which is inspired by the Buddhist practice of Metta Bhavana. The practice involves contemplating people in your life – from friends and family to acquaintances and strangers – and cultivating good wishes and feelings of warmth for them.

In his study on guilt, Hafenbrack found that – unlike mindful breathing – loving-kindness meditation increased people’s intentions to make amends for their wrongs. “It can help people feel less bad and focus on the present moment, without having the risk of reducing the desire to repair relationships,” he says.

Humans are complex beings with many different needs; it is only right that we should use multiple techniques to shape our emotions and behaviour. Sometimes that involves looking inwards, to ground our thinking in our bodies, and other times we need to look outwards, and remind ourselves of our essential connections to the people around us. There really is no other way to take responsibility for our behaviours and ensure that our relationships continue to flourish.