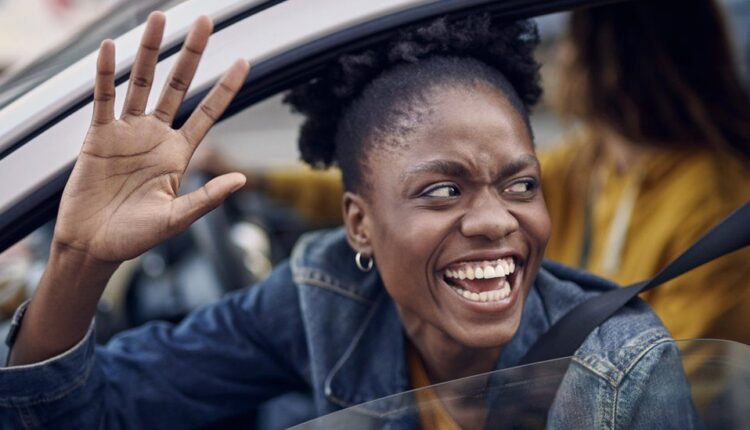 The Nigerians hoping to check out of their country

A few years ago, my childhood friend moved back to Nigeria after being in the US for more than 20 years studying and working.

But, despite joining a successful corporation in Lagos, earning a decent salary, and living in the upmarket Lekki district, she was soon ready to pack up and return to America.

“People behave as if there’s an award for being able to live in Nigeria,” she told me. “Well, I’m not interested in receiving that award.”

She was right that many of us who are able to thrive in Nigeria regard it as some sort of superpower.

When we travel abroad, fellow Nigerians who have fled home view us in awe as we lug our excess-baggage suitcases to the airport.

They marvel that we are actually cheerfully returning to a country infamous for systemic frustrations, general lawlessness, and the miscellaneous trials and tribulations that are all in a day’s existence here.

“I can’t imagine how you survive in that country,” they often say. “You’re really strong.”

But, these days, many more Nigerians seem to be deciding that they also are not interested in receiving any “awards” for sticking it out.

Seven out of 10 Nigerians are willing to leave their country if given the opportunity, according to a report published in 2021 by the Africa Polling Institute.

Back in 2019, the same poll showed that only 32% of Nigerians wanted to leave.

Most countries require a medical examination for Nigerians applying for long-stay or immigration visas.

In January 2022, the average waiting time for a three-minute tuberculosis X-ray at the International Organization of Migration (IOM) centre in Lagos was 10 hours, while the waiting time at the testing centre in the capital, Abuja, was six hours.

“We haven’t seen this kind of influx of people before as we’ve been seeing since last year,” an IOM doctor told me unofficially, so she cannot be named. “If it continues like this, we may be forced to reassess and make additional arrangements.”

Not even the alarming Covid-19 news and data from the West could deter Nigerians.

Visa-processing centres around the country remained flooded with applicants at the height of the pandemic, and continue to see queues that often stretch outside the buildings.

Unlike in times past, when most people desperate to abandon Nigeria were the suffering masses with no jobs and no hope, the majority of those taking off now appear to be from among the comfortable middle class.

To avoid alerting their current employers to their emigration plans or jeopardising the outcome of their visa applications, nobody I interviewed for this story was willing to be named.

“Those of us in the organised middle class are the ones who have the most right to complain about this country,” a human resources executive told me. “We pay taxes regularly so we are the ones funding the corrupt people at the top.”

Conditions in the country have steadily worsened in recent years, and people have different reasons why they are now keen to leave.

Some have simply lost faith in Nigeria. They cannot imagine the present government or any future one successfully navigating the country away from the quagmire of corruption and insecurity and regression.

Some are alarmed by the plummeting value of the naira currency.

One US dollar was equivalent to 198 naira when President Muhammadu Buhari came to power seven years ago. Today, you need 572 naira to buy a dollar on the black market.

“I could be there thinking that I’m earning a good salary,” a bank manager told me. “But as long as it is in naira, whatever savings I accumulate, no matter how much, could mean nothing tomorrow.”

Some feel that establishing roots in a Western country is psychologically calming, even if you decide to return to Nigeria in the future.

“Nigeria is easier to bear when you know that you can press the eject button and leave whenever you want,” a lawyer told me. “The problem is when you feel that you are stuck here.”

Some are simply in search of greener pastures, like the thousands of Nigerian doctors and nurses who are being lured abroad by the assurance of superior pay.

Some want their children to grow up in more stable societies.

Some dread falling severely ill in a country with such poor medical facilities.

Some are worried about the rising insecurity, kidnappings, assassinations, armed robberies and other violent attacks by unknown criminals who are rarely apprehended.

It doesn’t matter that these dreams of a better life may not necessarily materialise in foreign countries that often offer up their own challenges. For many emigrants, no devil they don’t know can ever be worse than the ones in Nigeria they know so well.

A popular means of escape is student visas for postgraduate degrees, which can open up the opportunity to work and stay in the foreign country at the conclusion of the course.

Back in the early 1980s when the Nigerian economy began to crumble, so severe was the surge of emigrants that the government of General Buhari, as he was known when he was the military ruler, invested in TV and radio adverts encouraging people to stay home and build their country.

In one immensely popular TV promotion, a man called Andrew was pushing his suitcase at the airport while reeling out his many frustrations with Nigeria.

Suddenly, a hand clamped on his shoulder from behind: “Andrew! Don’t check out!”

The patriotic Nigerian who stopped him then went on to infuse Andrew with words of hope about Nigeria’s future and he repented of his intention to desert.

This time around, a democratically elected President Buhari appears unbothered about the flood of emigrants from his country.

“Anybody who thought he has any other country than Nigeria: Goodbye,” he said in a 2019 speech.

“You can go but we are here. We are determined to rehabilitate our country, especially for our children and grandchildren.”