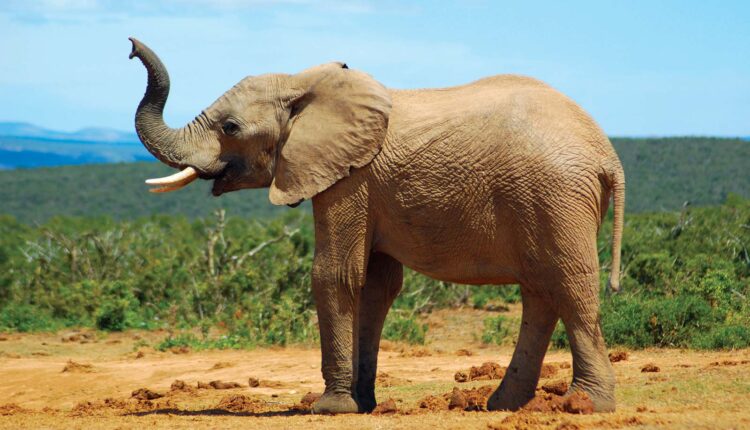 Botswana’s Department of Wildlife and National Parks (DWNP) has responded to criticism about the recent killing of prominent ‘big tusker’ elephants. Hunter Leon Kachelhoffer attracted international attention recently after posting a picture of himself kneeling next to a big tusker he had just killed in Botswana. Former president Ian Khama led the criticism, calling the country’s leadership ‘incompetent and poor’.

“This was one of the largest if not the largest tuskers in the country. An elephant that tour operators constantly tried to show tourists as an iconic attraction. Now it is dead,” Khama wrote on his Facebook account.

Peter Bantu, an administrator at Tcheku Community Trust, which sold the right to hunt the elephant to Kachelhoffer, indicated that there was nothing untoward as far as the killing of the bull.

“At this rate, what we can say is that there was nothing wrong about killing the elephant. The proceeds from the sale of this bull will benefit the community,” he said.

According to Bantu, when members of the community benefit from such proceeds, they have a sense of ownership of elephants and actively participate in anti-poaching activities.

DWNP Director, Dr. Kabelo Senyatso, also dismissed perceptions about the diminishing numbers of big tuskers. He says a remarkable feature of the Botswana hunting data from 1996-2013 has shown that the proportions of tusks of different sizes taken in the Controlled Hunting Areas (CHAs) over 15 years of hunting remained constant from year to year.

Speaking to Sunday Standard this week, Senyatso said: “This finding is highly significant and sheds light on the good management approach while highlighting misinformed beliefs that sport hunting is targeting only older big males.”

Senyatso says Botswana’s hunting quota is an economically viable, evidence- and science-based process. Specifically for elephants, Dr. Senyatso says the hunting quota allocation is based on several factors as explained in the Botswana National Elephant Management and Action Plan 2021 to 2026.

The Management Plan aims to conserve optimal elephant populations while ensuring habitats and biodiversity are maintained and the presence of elephants contributes to local economies and national development. It also aims to minimize elephants’ negative impacts on rural livelihoods. It aims to maintain viable populations of elephants in Botswana through minimal interference and where necessary by adaptive management.

The Plan also hopes to ensure elephant populations do not adversely impact biodiversity conservation goals and community livelihood goals, as well as involving all stakeholders in the realization of the full economic potential of elephants and other wildlife resources outside protected areas, through their sustainable utilization.

Botswana often cites hunting as one way to mitigate human-wildlife conflicts, but what is the extent of human-wildlife conflict in the country? The DWNP Director says rural communities (in Botswana and across KAZA) living within the expanding elephant range are increasingly exposed to loss of crops, damage to water-points and fences as well as human fatalities.

“Measures taken by the Government of Botswana to reduce conflict include construction of electric fences and the use of deterrents, while compensation for elephant damage was increased by 100% with effect from November 2013.”

He says tolerance towards elephant damage varies depending on mitigating circumstances such as benefits from wildlife accruing to communities, and whether communities are used to living with elephants or not.

The lifting of the hunting moratorium in 2019, the DWNP says, is expected to increase community tolerance for elephants through employment, cash and other in-kind benefits.

“In Botswana there is relatively little overlap between elephants and people but where there is overlap, elephants can make their presence felt strongly. Often only a small proportion of elephants are involved but property losses can be costly and can severely impact rural livelihoods.”

Almost half of all human-wildlife conflicts in Botswana are attributable to elephants, while elephants account for the vast majority of people killed by wildlife in Botswana. The fatalities have in the past averaged 14 deaths per annum with an average of five people killed by elephants per year for the decade between 2010 to 2020 (i.e. a total of 48 human lives lost to elephants).

Hunting operations are one of the highest employers of non-skilled rural people. Funds from the auctions of Special Elephant Quotas accrue to the Conservation Trust Funds (CTFs). The funds from the CTF support elephant conservation and community livelihood projects.

In December 2021, over BWP 24 million (GBP 1.6m) was raised from the auction of 70 elephants as part of the Special Elephant Quotas, funds which are usually re-invested into conserving elephants and supporting community livelihoods in the elephant range.

DWNP Director Dr. Senyatso says hunting operators’ presence during the hunting season is a proven deterrent for illegal activities, including both commercial and subsistence poaching.

“Most hunting operators also maintain a skeleton staff during the off-season, and so this anti-poaching benefit is realized not only during hunting season, but throughout the entire year.”

Dr. Senyatso however says it is important to note that hunting of all wildlife, including elephants, is not allowed in any of Botswana’s national parks and game reserves. He added that it is limited to areas designated as Wildlife Management Areas and other managed areas designated as controlled hunting areas to ensure protection of the majority of the wild population which lives outside Protected Areas.

“Secondly, the concern about ’fear zones’ is noted, but perhaps overstated, in view of the fact that hunting does not happen across all of a particular Controlled Hunting Area as most of these

CHAs have localized land-use plans that disaggregate hunting from non-hunting areas at a concession-scale.”

Senyatso said the approach to separate hunting from non-hunting areas at a local scale ensures Botswana and KAZA TFCA Partner States commitment to promoting coexistence within shared wildlands between people and wildlife.

“It is for this reason that the idea of Wildlife Dispersal Areas has been promoted across KAZA and serves as the rallying geographical space for coordinated interventions in natural resources management, tourism development, infrastructure development, human wildlife conflict and community development (with a strong focus on conservation friendly livelihood options) – all in the interest of fostering greater co-existence. There are six Wildlife Dispersal Areas across

KAZA TFCA, and the Partner States are working tirelessly to ensure that wildlife movement across dispersal areas, and the linked socio- economic benefits, are sustained in the long-term.”