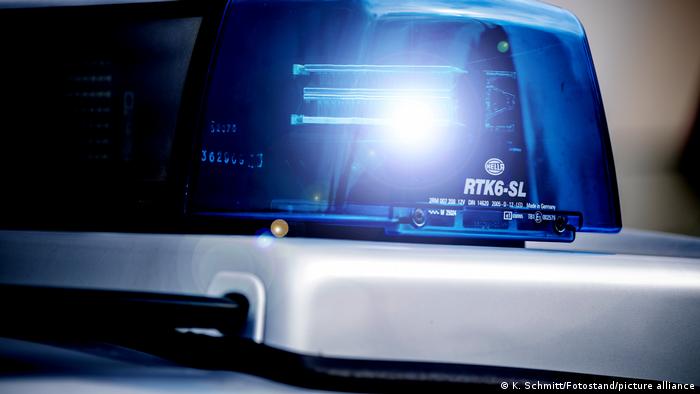 Two German police officers were wounded in the city of Saarbrucken after a suspect shot at them. Authorities said they had been preparing to search the suspect’s home.

A suspect shot at police officers, injuring two of them,  from a window in his apartment on Friday, after authorities attempted to search his home in Klarenthal, a suburb near the city of Saarbrücken in the western German state of Saarland.

What had initially been labeled a “stable” situation turned into an exchange of gunfire, with police urging locals to stay away from the area.

What we know so far

Authorities said in a statement that officers were executing a court order to search an apartment of a 67-year-old man when he opened fire.

One officer was receiving medical treatment at a local hospital after being shot by the suspect and a second officer was treated for injuries from shattered glass.

The officer who was shot did not sustain life-threatening injuries, authorities said confirming earlier media reports.

Police cordoned off the area and warned residents to stay in their homes and away from windows.

The suspect has since barricaded himself in the apartment and reportedly continued to fire toward officers outside.

Why were police at the suspect’s home?

Police and other city authorities from the agency responsible for hunting and firearms had gone to the man’s home after a court order called for the seizure of any weapons or ammunition in his possession. After he had made clear he would not voluntarily turn in his firearms, authorities on Friday attempted to confiscate them.

Germany’s mass-market Bild newspaper reported that the suspect was a hunter with more than 20 weapons in his home.

Local public broadcaster Saarländischer Rundfunk reported that police suspected the man of violating German gun laws, which was why any weapons were to be removed from his possession.