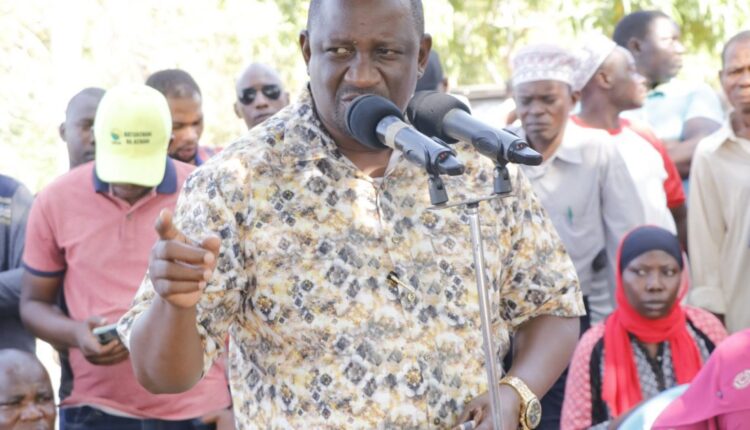 Governor Mvurya said with formal education the youth would be able to achieve their legitimate dreams in life.

Mvurya who is serving his second and final term as governor said his administration has given priority to education in its effort to transform the coastal county for the better.

The county boss said he initiated the Sh.400 million ‘Elimu Ni Sasa’ scholarship programme in 2013 with the aim of ensuring students in high school and institutions of higher learning achieve greatness in their academic pursuits.

He said education is part of the foundation of all progress and growth both as an individual and as a society.

“My administration has identified and continues to prioritize the education sector as the foundation upon which sustainable development can be built on,” said Mvurya.

He said under the ‘Elimu ni Sasa’ programme, Kwale now has over 5,500 students in national schools, 3,600 university students and 60,000 students in county and extra county schools.

“If a student earned 350 KCPE marks we paid 100 per cent fees irrespective of which schools they joined,” he said.

He said the county scholarship initiative has enabled local students to embark on a journey that will secure their future and that of their families.

Mvurya said in the August 9 General Election voters should elect a leadership that is committed to improving access to quality education at all levels.

Governor Mvurya further advised residents to vote wisely in the forthcoming election by choosing leaders who have visions to take the county and country to greater heights.

On his part commissioner Oyagi asked parents to take their children to school as per the 100 per cent transition policy of the national government.

He advised youths to acquire skills in the technical colleges across Kwale and the country at large.

Oyagi said the government will continue to push for 100 per cent transition of pupils who sit for KCPE to ensure that every child gets the full benefits of secondary education.

“The right to education is in our constitution and so the push for 100 per cent transition will ensure that children regardless of their social background will have access to 12 years of learning,” said Oyagi.

He said the government is out to provide the necessary infrastructure that would help learners acquire basic education and asked parents to make sure that their children attended schools.