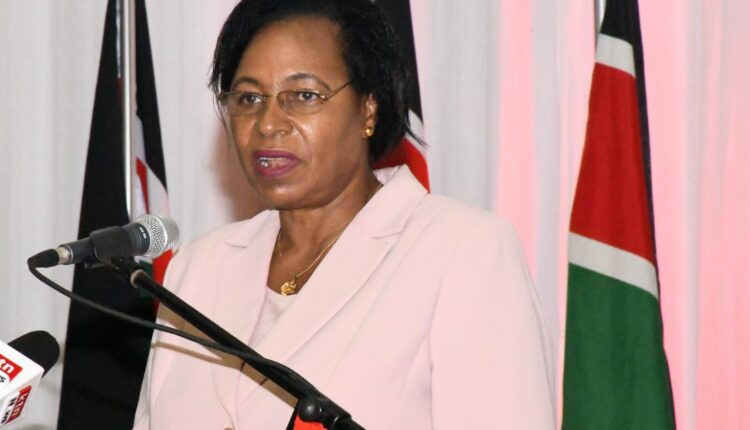 The Government has launched two documents, the National Care Reform Strategy and the first ever National Plan of Action, to address Online Child Sexual Exploitation and Abuse (OCSEA).

Speaking today during the launch, Cabinet Secretary (CS) for Public Service, Gender, Senior Citizens Affairs and Special Programmes, Prof. Margaret Kobia, said the two key documents are aimed at creating an environment that promotes protection, and fulfilment of the rights of children in the country.

She said the Constitution 2010 emphasizes the need for children to be cared for by both parents and protected from abuse and exploitation, under Article 53.

“In a world that is increasingly shaped by rapid evolution and adoption of digital technologies, the internet is a tool for children to engage in empowering ways but it is a double-edged sword, hence the strategy we are launching today,” said Kobia.

The CS noted that the government, through her Ministry, has put in place various steps towards keeping children in families and the community besides strengthening family- based care where children’s sense of identity and belonging is protected, reducing reliance on institutions.

According to the National Council for Children Services (NCCS), over 80 years of evidence has shown that institutions are unnecessary, a poor investment for society and damaging, stating that only families can provide love, a sense of belonging and identity that children need to grow.

Kobia revealed that the Children’s Bill 2021 which is currently in the Senate, gives prominence on retaining children in their families, noting that where it will not be possible, the Bill has provided for a range of Alternative Family Care options.

“To realize the full implementation of the National Care Reform Strategy and the National Plan of Action on OCSEA for Children in Kenya, I look forward to greater collaboration among various government agencies, faith-based organizations, civil society organizations and international organizations in the Child Protection Sector,” added Kobia.

She highlighted that through the Inua Jamii programme, a social protection safety net of cash transfers, the government seeks to cushion various vulnerable groups in the society.

Archbishop of Anglican Church of Kenya, Rev. Dr. Jackson Ole Sapit, said the launch of the documents shall give guidelines to care givers on how to care for children and empower them on how to protect themselves from online sexual exploitation.

“Any society that cares for children, cares for the future of the society and therefore it is paramount to give children the care they need,” said Sapit, adding that almost half of the Kenyan population are children.

The Archbishop encouraged parents to take time and listen to their children before making any decision and to guide them when using the internet.

He noted that it is unfortunate that over 47,000 children in the country reside in charitable children’s institutions whereas 15,000 are in the streets deprived of the love and support of a family and community life.

Sapit regretted that around 80 per cent of the children living in children’s homes are not orphans and have at least one living parent, an issue he said has denied them family love due to poverty.

According to United Nations International Children’s Emergency Fund, (UNICEF), County Representative, Maniza Zaman, when children are neglected and denied the care they need, they develop stress hormones, which are harmful to them hindering their full development.

Zaman said the documents launched aims at having most of the children in Kenya living happily, in a conducive environment and in an atmosphere of love and understanding by 2032.