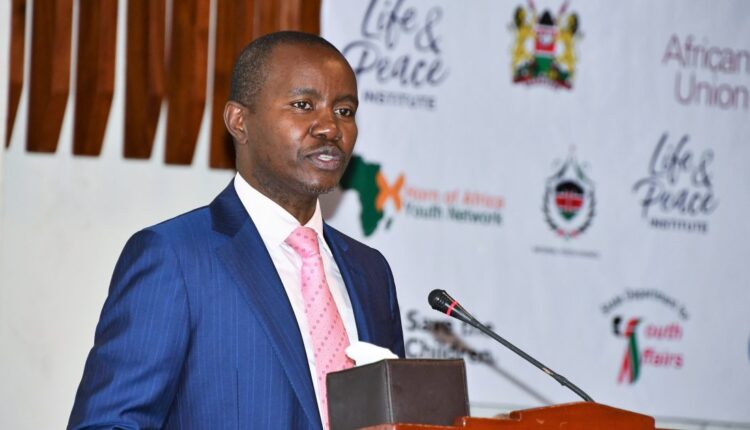 The Government has launched a programme to train 20 million Kenyans in digital skills as outlined in the recently launched Kenya National Digital Master Plan.

Ministry of ICT, Innovation and Youth Affairs Cabinet Secretary (CS), Joe Mucheru, said that the aim is to have digitally skilled citizens by equipping them with the competencies and expertise required for the digital economy and bridge the digital divide.

The CS, speaking, Wednesday, at a Nairobi hotel during the double launch of the digital skills training program and the Kodris Africa coding platform for schools, said that during this year’s Connected Kenya Summit that took place in April, he launched the Kenya National Digital Master Plan (2022-2032), which clearly outlines four pillars where one of which, focusses on increasing the country’s digital skills.

Mucheru said that through this pillar, the government aims to have digitally skilled citizens which will increase the number of responsible and productive ICT professionals, increase innovation and digital entrepreneurship, increase utilization of ICT in business models and increase ICT production.

“I would like to thank Education CS Prof. George Magoha, for his immense support in the implementation of the Digital Literacy Programme (DLP). So far, the government has delivered over one million digital devices in over 22,000 public primary schools countrywide,” said Mucheru.

He explained that Kodris Africa will be providing the content through which students and pupils will learn coding using a Classroom License, where students in one classroom share their learning experience and which makes the product affordable and accessible.

“The Organization is also inviting stakeholders from different sectors who wish to support this initiative in schools, to join in this endeavour under the “Code a School Network for Africa” umbrella,” said Mucheru.

The CS said that over 15,000 Civil Servants have been trained on ICT and they are now supporting the integration of ICT into public service delivery.

“Through the Ministry, we plan to train 20,000 local high-end ICT professionals, 300,000 civil servants, 500,000 teachers and 250,000 county staff, to enhance their delivery of services to citizens through digital platforms,” he said.

ICT, Innovation and Youth Affairs Principal Secretary (PS), Jerome Ochieng, said that Kenya is one of the highly digitized nations in Africa and the World, where most of government services have gone online.

“We have digitized our judiciary, police investigations, election processes through the Independent Electoral and Boundaries Commission (IEBC) among others,” said the PS.

Ochieng said that within the digital economy strategy, they have identified skills development as a key ingredient and the only way to achieve this is to start at a very early age, whereby they introduce coding in grade one.

“Coding is the language computer understands and we want to teach the children to start talking to the computer and giving instructions to the computers, so that they can come up with applications that serve our needs,” explained Ochieng.

Director of Criminal Investigations, George Kinoti, said that presently crime has gone digital in matters such as financial crimes, terrorism, cyber fraud, among others and this calls for police officers to get the best digital training, so that they can be ahead of the criminals.

“We are glad to see that our children will receive digital training and, in our recruitments, we will be getting people with the latest technology skills,” said Kinoti.

He explained that Kenya is ranked very highly globally in matters of technological investigations because of the State-of-the-Art laboratories with Kenyan police leading investigations in other countries and training their police officers.

“We have deployed technology led investigations in matters of cybercrime, terrorism, banking fraud, serious crime investigation, homicide, bomb unit, ballistics among others where they have highly trained police officers.

Kodris Africa Founder and Chairman, Mwaniki Munuhe, lauded the government for the Digital Literacy Program, saying that the infrastructure and devices have laid the foundation for them to introduce the coding platform in primary and secondary schools, because without it they would not know where to start.

“What the government has done is to create the foundation and it is now upon players in the industry to build on it by creating partnerships to drive the country forward because we are in a digital age and those who will be better placed will control Africa and the world,” said Munuhe.

Ronoh said that they are going to conduct a countrywide survey to identify the digital skills gaps so that they can roll out the necessary programmes for each and every identified cadre of people.

“We will have 24, 000 training centers across the country and equip them with the necessary facilities like the internet to enable e-learning,” said Ronoh.

He explained that the training of 20 million Kenyan, will be undertaken in 10 years training two million people per year.