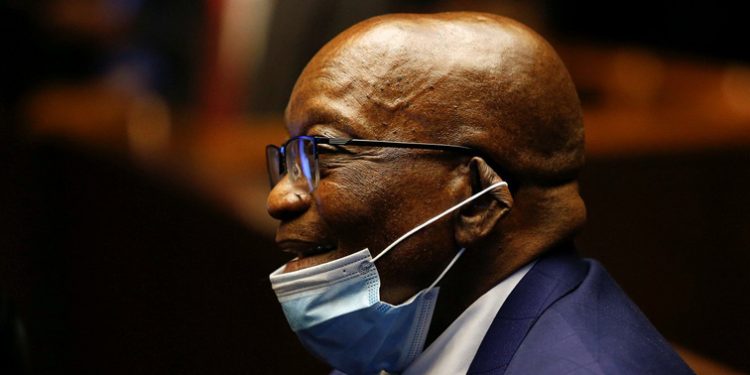 Legal expert, Dr. Llewelyn Curlewis says the National Prosecution Authority (NPA) would not have taken a decision not to prosecute Advocate Billy Downer if there was evidence showing misconduct on his part.

This after the Director of Prosecutions in KwaZulu-Natal declined to prosecute Downer on a charge that former president Jacob Zuma laid against him last year – that he allegedly leaked confidential medical records.

Following the NPA’s announcement, the Jacob Zuma Foundation has said that legal representatives are busy preparing for the private prosecution.

Downer is the lead prosecutor in Zuma’s corruption trial, who, according to Zuma, is not conducting the case in an impartial manner.

Zuma is preparing to take the fight for Downer’s recusal to the Constitutional Court, accusing the prosecutor of not being impartial.

Zuma laid a charge against Downer with the police last year about the leaking of confidential medical records to the media.

Curlewis says the route Zuma is pursuing to privately prosecute Downer is costly and that chances of success in court are slim.

He says, “Obviously, they must put down security for the prosecution and the purpose for that is to ensure that if they do not successfully prosecute, that those funds can then be used to pay the defence legal costs because of the fact that from the onset the matter was not supposed to be prosecuted. I must say I am not convinced that they will have success ultimately if they are very inclined to prosecute. So let be it let they put down security, let them bring Billy Downer before the court of law.”

Curlewis says after private prosecution has been instated against Downer about the medical records, Zuma’s legal team could argue in the corruption trial that Downer has a conflict of interest.

He, however, added that it would be up to the court in the corruption case to make a determination.

According to the NPA, Zuma’s charges against Downer are baseless and hold no water. NPA Spokesperson advocate Mthunzi Mhaga says the prosecutions have full confidence on Downer.

He says, “The NPA can confirm that it has issued a certificate in respect of the charges laid by Mr Zuma against advocate Billy Downer Sc. This follows a decision by the director of prosecutions in KZN wherein he declined to prosecute Mr Downer in those charges.”

“As the NPA we are fully behind advocate Billy Downer and we are offering our full support as we believe these charges are baseless and there is no merit in any possible private prosecution. Advocate Downer remains focused in ensuring that the trial resumes on the 15th August and he will continue to lead our prosecution team in the charges against Thales and Mr. Zuma,” Mhaga adds.

The Jacob Zuma Foundation says legal representatives are preparing a charge sheet against Downer for the private prosecution.

The foundation’s spokesperson, Mzwanele Manyi says, “The private prosecution of Downer will proceed following the issuing of the certificate of nolle prosequi. We want to make it very clear that once they issue this certificate, it opens the private doors for the prosecution of Downer which they have been avoiding. We have three months to act on it. The lawyers of President Zuma are already at an advance stage for the draft sheet for the charge sheet of Downer and his accomplices so I needed very soon the private prosecution will be on the table.”

‘Controversial second docket may be considered…