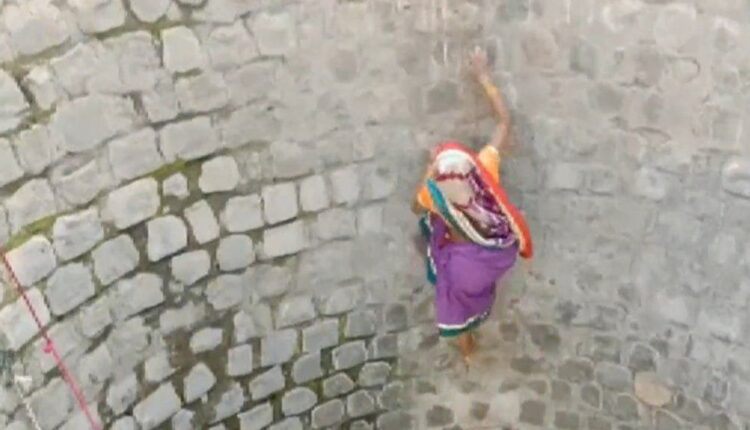 A viral video showing a woman scaling the wall of a well to access water has highlighted the acute shortage in several areas of the central Indian state of Madhya Pradesh.

The video shows the woman going down the well without a rope or harness to access water.

People in Ghusiya village have been forced to take such extreme measures after wells and ponds have dried.

Several other areas across India are facing similar water crisis.

Videos showing Indians risking their lives to get water frequently go viral. In April, a similar video showed a woman going down a well in Maharashtra state to get water.

A 2019 global report had named India among 17 countries where “water stress” was “extremely high”.

The report said the states of Madhya Pradesh, Punjab, Rajasthan, Uttar Pradesh, Gujarat, Uttarakhand and Haryana were among those worst hit by the crisis.

In Madhya Pradesh, water shortage is a recurring issue every summer. The state government has promised tap water supply to every village by 2024. But drinking water is still inaccessible to millions.

In Ghusiya, angry villagers have said they will boycott local elections this year to protest against the government.

“We have to go down the well to collect water. There are three wells [here], all have almost dried. No hand pumps have water,” one woman told the news agency ANI.

“Government employees and political leaders only come [here] during elections. This time we have decided to not give votes until we have proper water supply,” she said.

Many Indians on social media reacted to what they called a “heart-breaking” video and urged officials to urgently help the village.

India is the largest extractor of groundwater in the world – many still rely on it for their daily water supply.

But almost two-thirds of the country’s districts are threatened by falling groundwater levels, the World Bank says.

India is projected to face severe water stress by 2050, with 30 cities said to fall in high-risk regions.