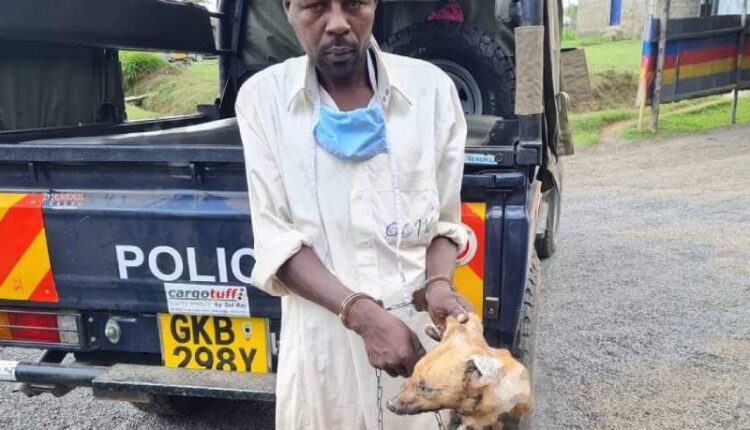 Aman has been arrested for allegedly slaughtering and hawking dog meat to unsuspecting customers in Kipipiri, Nyandarua County.

Ndirangu Wahome was arrested after he was found hawking the fried meat contained in a hot pot at Wanjohi town following a tip-off to area chief Margaret Wambui by one of his neighbours.

According to the police, the head of a slaughtered dog was found when a search was conducted at the suspect’s home along with a blood-stained knife and a cooking pot allegedly used to fry the meat.

The search also unearthed a snare supposedly used to trap the dogs, rolls of marijuana and a chained dog, which police suspect was also meant for slaughter.

The slaughter, consumption and trade in dog meat is illegal in Kenya. Dog meat dishes are, however, common in some Asian countries including South Korea, China, Thailand, Cambodia and Indonesia.