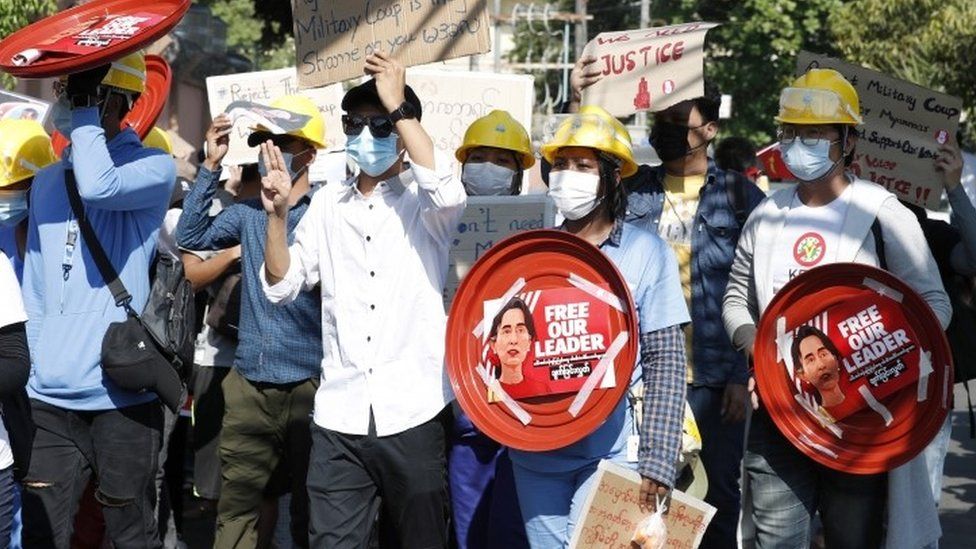 S President Joe Biden has approved an executive order to impose sanctions on the leaders of Myanmar’s coup.

The measures will be focused on military leaders, their family members and businesses linked to them.

Steps are also being taken to block access by the military to $1bn (£720m) of government funds held in the US.

The sanctions come as a woman who was shot in the head during protests against the coup fights for her life at a hospital in the capital Nay Pyi Taw.

The wound was consistent with one from live ammunition, rights groups say.

Tens of thousands have turned out in street protests against last week’s coup, which overthrew Aung San Suu Kyi’s democratically elected government in the South East Asian country – also known as Burma – despite a recent ban on large gatherings and a night curfew.

There have been reports of other serious injuries as police have increased their use of force, but no deaths so far