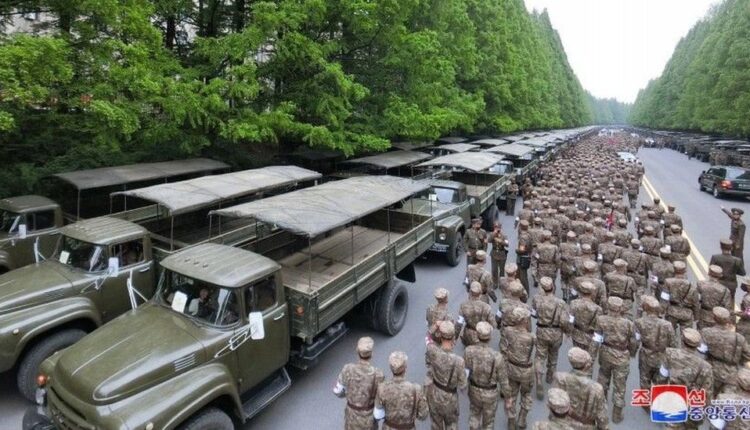 It’s been three weeks since North Korea announced its first ever Covid case. The government claims to have the outbreak under control, but the details remain a mystery.

The BBC has pieced together information, through conversations with people who have managed to contact those living in North Korea, and by using publicly available resources.

Kim Hwang-sun was sitting alone in his kitchen in Seoul when his phone rang. It was a Chinese broker with the news he’d been waiting for. His family could talk.

It has been 10 years since Hwang-sun escaped North Korea alone. His two children, grandchildren and his 85-year-old mother are all still there, and he’s given up hope of ever getting them out.

These secret phone calls are the only communication he has with them. He knows not to ask too much in case they’re being listened to. He keeps his conversations short, never more than five minutes.

Data released by the government, in an unprecedented move, indicates the virus spread quickly to every province in the country.

“They told me that very many people are sick with a fever,” says Hwang-sun. “I got the sense it was really bad. They said everyone is walking around asking anyone they meet for medicine. Everyone is looking for something to reduce their fever, but no-one can find anything.”

He didn’t dare ask how many people were dying. If they were overheard talking about deaths, it could be seen as criticising the government, and he fears his family might be killed.

So far, about 15% of the population has become ill with a “fever” according to the official data. A lack of testing means this is how cases are described.

North Korean leader Kim Jong-un has acknowledged the shortage of medicine, ordering the army to distribute their stockpiles.