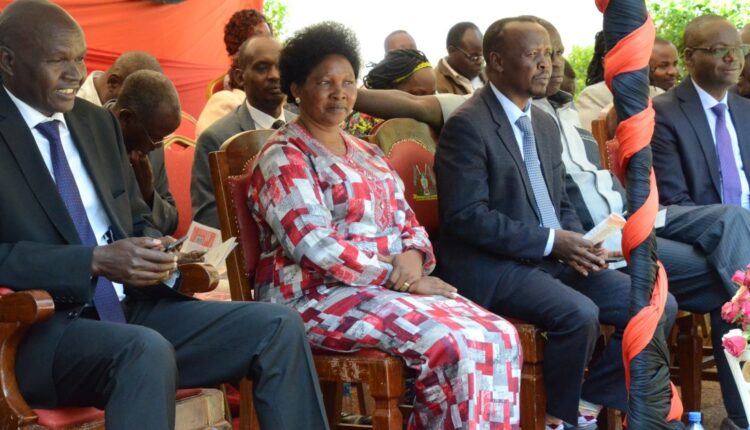 Plans Underway For UNESCO To Create Geopark In Baringo

Baringo County is awaiting approval from United Nations, Education, Scientific and Cultural Organization (UNESCO) to have a first Geopark in Kenya.

Governor Stanley Kiptis who spoke at Kabarnet National Museums grounds in Baringo Central thanked residents who have already, willingly surrendered their land for expansion of tourism activities and wildlife conservation.

Kiptis called for the process to be hastened with the support of all stakeholders and at the same time, urged residents to give ample time to a team of experts who are validating tourism sites in the county.

Kiptis said that the region is endowed with natural resources like archeological sites especially in Baringo North, South and Tiaty sub counties that need to be safeguarded.

“I am challenging residents who are reluctant to kindly support the sector since it is important not only to the county but to Kenya and beyond.

He noted that the tourism department has gone a notch higher to brand and market Baringo products such as the Ushanga initiative and Baringo honey overseas which has improved the livelihoods of residents through creation of jobs.

The county boss stated that Baringo has a high potential for unexploited minerals as well as sustainable and renewable energy sources which the county government is seeking to partner with national government and other organizations to exploit to boost the economy.

County Commissioner, Abdirisack Jaldesa, reiterated the need for communities in the county to preserve their unique cultures and diverse traditions which defines the region in the global map.

Jaldesa noted that if the diverse natural resources within Baringo are properly tapped, it can eradicate poverty and hunger which is a concern in the county.