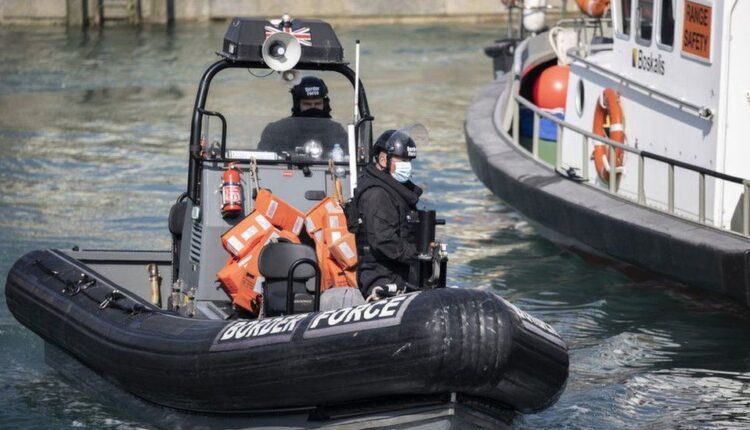 An Iranian ex-policeman threatened with deportation to Rwanda from the UK under a controversial plan has spoken of his relief after his ticket was cancelled.

The former commander had faced being flown to the African nation on Tuesday. He had said he feared being found and killed by Iranian agents there.

The man had previously given testimony in the UK to an investigation into alleged Iranian atrocities in 2019.

A handful of asylum seekers are still due to be deported on Tuesday’s flight.

On Monday, the Court of Appeal in London rejected a call by campaigners and migrants to block the flight.

“I have mixed feelings. I cannot be happy,” the former commander said on Monday, in a statement issued by UK-based Iranian human rights lawyer Shadi Sadr.

“My whole heart is with all the refugees who will be forced to take the flight to [the Rwandan capital] Kigali and seek asylum from the government of Rwanda and according to Rwandan laws.”

Despite the cancellation, he remains at risk of being deported to Rwanda.

“I am also still very stressed about what will happen next,” he said.

The former commander has been held at a detention centre near Gatwick Airport after arriving in the UK from Turkey in May.

Under the new scheme, some asylum seekers’ applications will be processed in Rwanda, where they will be given accommodation and help. If successful, they will be able to remain in Rwanda with up to five years’ access to education and support.

However, the plan has been criticised by politicians and charities, who have raised concerns about the African nation’s human rights record.

The former commander, who is not being named in order to protect his identity, was sentenced by an Iranian military court to almost five years in jail and a demotion for refusing to shoot protesters during anti-government demonstrations in Iran in 2019 triggered by a sharp rise in petrol prices. He was in charge of 60 police officers at the time.