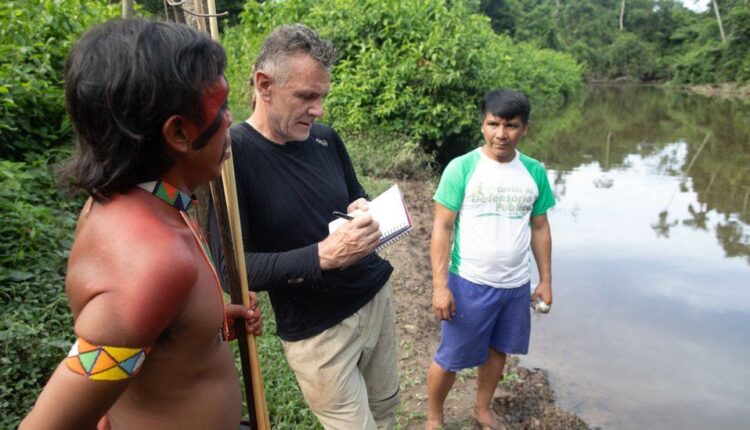 A British journalist and a Brazilian indigenous expert have gone missing in a remote area of the Amazon rainforest.

Dom Phillips, a regular contributor to the Guardian newspaper in Brazil, was last seen in the Javari region, Amazonas state at the weekend.

He was travelling the area with Bruno Pereira while researching a book. The two had received threats days before, say indigenous groups.

Mr Phillips’ family say “every second counts” in the hunt for him.

Federal police and navy are searching for the two in the remote region.

Two fishermen were arrested in connection with the men’s disappearance on Monday evening, Brazilian newspaper O Globo reports. They have since been released.

Mr Phillips, 57, has written extensively on the Amazon and has lived in Brazil for over a decade.

Mr Pereira, who is currently on leave from his post with the government’s indigenous affairs agency Funai, is an expert on isolated tribes in the Amazon.

The two had been in the district for about a week and had travelled by boat to Jaburu lake on Friday.

They were then expected to return to Atalaia do Norte city on Sunday afternoon, according to two indigenous groups. But the pair never arrived.

The men’s families have expressed their alarm since the two went missing.

“Please answer the urgency of the moment with urgent actions,” Mr Phillips’ wife Alessandra Sampaio said in a statement.

Former Brazilian President Luiz Inacio Lula da Silva tweeted: “Phillips interviewed me for the Guardian in 2017. I hope they are fine, safe and will be found quickly.”

The north-western Javari region – home to over 20 indigenous groups – has been hit by violence in recent years with a rise in illegal mining, fishing and hunting.

The government’s indigenous affairs agency, Funai, which has a base in the region, has also been attacked several times there in recent years.