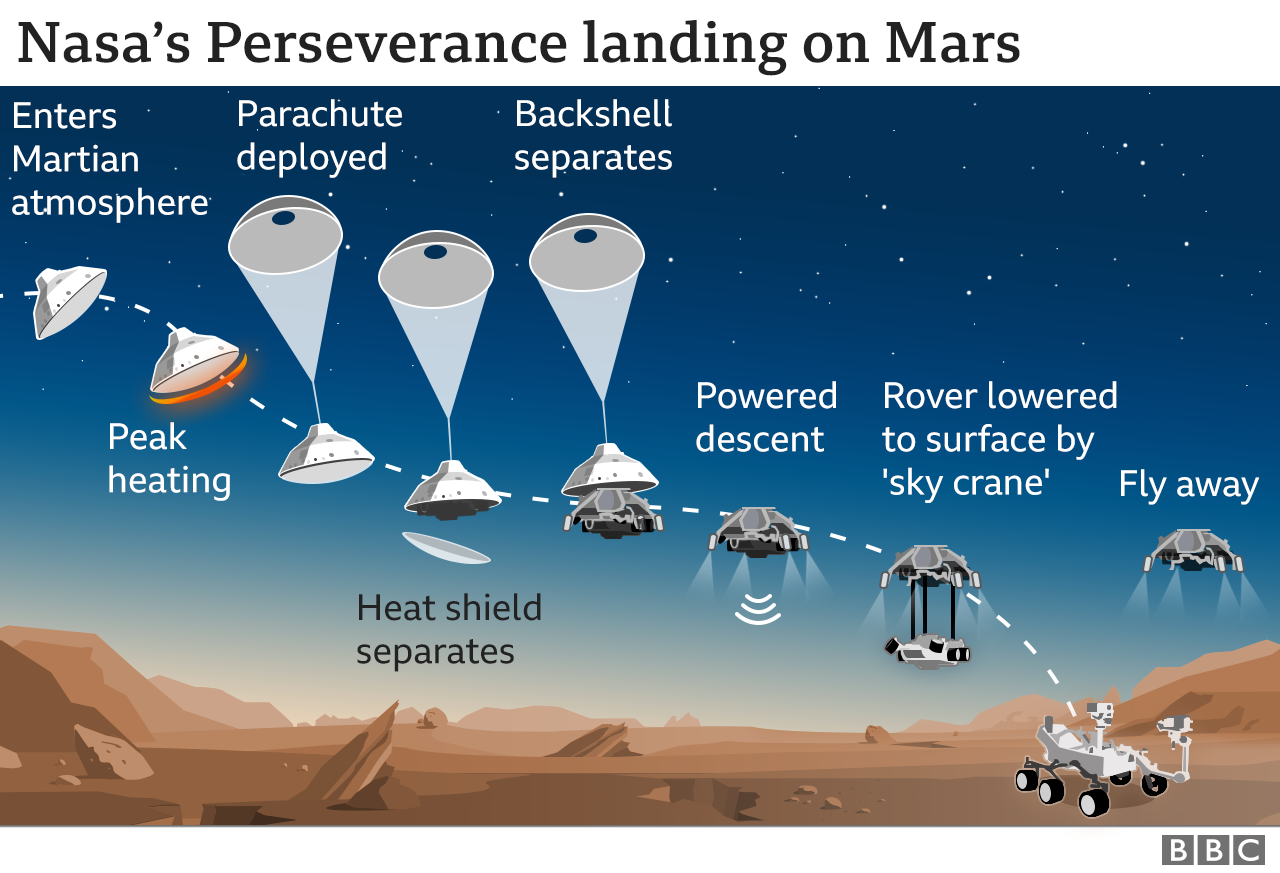 Nasa has released stunning videos of its Perseverance rover landing on Mars.

The movies cover the final minutes of last week’s hair-raising descent, up to the point where the robot’s wheels make contact with the ground.

The sequences show a whirl of dust and grit being kicked up as the vehicle is lowered by its rocket backpack to the floor of Jezero Crater.

Perseverance was sent to Mars festooned with cameras, seven of which were dedicated to recording the landing.

Their imagery represents vital feedback for engineers as they look to improve still further the technologies used to put probes on the surface of the Red planet.