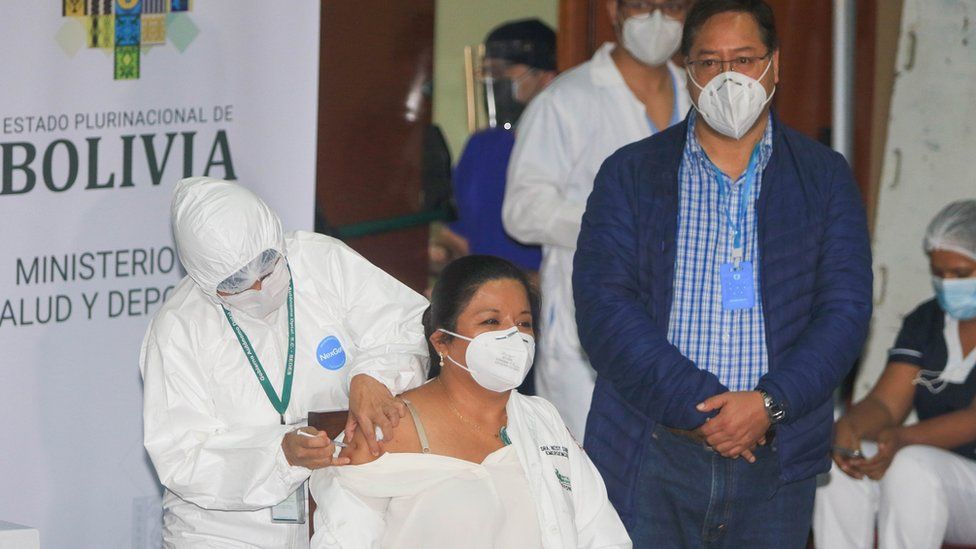 The World Health Organization (WHO) has criticised the EU’s announcement of export controls on vaccines produced within the bloc, saying such measures risked prolonging the pandemic.

The EU introduced the measure amid a row with vaccine manufacturers over delivery shortfalls.

But WHO vice-head Mariangela Simao said it was a “very worrying trend”.

Speaking at the Davos Agenda – a virtual version of the global summit – he said vaccine hoarding would “keep the pandemic burning and… slow global economic recovery”, in addition to being a “catastrophic moral failure” that could further widen global inequality.

What is the EU doing?

The European Union is introducing export controls on coronavirus vaccines made in the bloc, amid a row about delivery shortfalls.

The so-called transparency mechanism gives EU countries powers to deny authorisation for vaccine exports if the company making them has not honoured existing contracts with the EU.

“The protection and safety of our citizens is a priority and the challenges we now face left us with no choice but to act,” the European Commission said.

The controls will affect some 100 countries worldwide – including the UK, the US, Canada and Australia – but many others, including poorer nations, are exempt.

However, the EU has been forced to backtrack on plans to impose restrictions on the export of vaccines across the border on the island of Ireland after outcry from Dublin and London.

With monkeypox, the world must heed the lessons of…