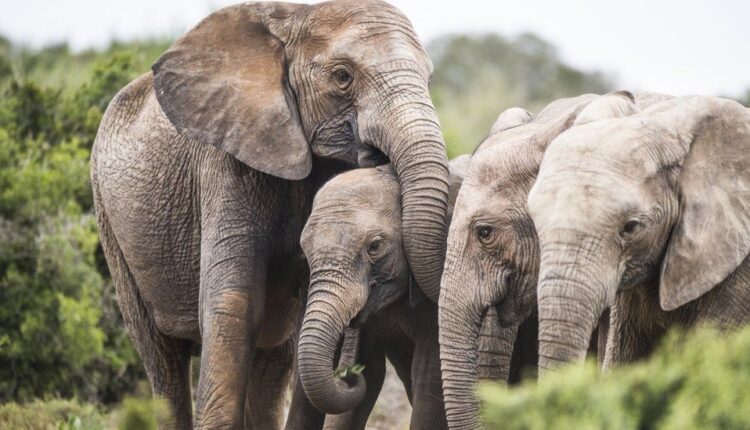 Zimbabwe has threatened to operate outside of the international body regulating trade in endangered wildlife if their demands to be allowed to reopen the ivory trade are not given attention, threats which animal activists say would be akin to a fish trying to live out of water.

Environment Minister, Mangaliso Ndlovu, told a news conference following Tuesday’s Cabinet meeting that Zimbabwe, which is sitting on more than 136 tonnes of ivory and rhino horns, has been left with limited options owing to ban on sales from the Convention on the International Trade in Endangered Species (CITES).

“We are there in CITES to share our success stories for the benefit of those countries who want to also experience the successes in conservation that we have experienced; not to be lectured on how we conserve our wildlife,” he said.

Ndlovu added that Zimbabwean authorities were growing frustrated, adding “when we have a chance to generate revenues to support conservation CITES comes and they close that window.

“We are left with limited choices. If this CITES is not decisive on this critical matter, we will be left with no choice than to either go the culling way or maybe consider engaging our affairs outside CITES,” he said.

Previous proposals by Botswana, Zimbabwe and Namibia to resume international sales of ivory stockpiles have been rejected by member states at CITES, which prohibits unregulated commercial trade in endangered species around the world.

At the 18th global wildlife summit in 2019, the proposal by Botswana, Namibia and Zimbabwe was rejected by 101 votes, with 23 in support and 18 abstentions.

However, Zimbabwe, which is home to over 84,000 elephants, the second-largest population in the world after Botswana, continues to argue that selling off their ivory stockpiles will fund conservation efforts for the next 20 years.

To that effect, the southern African nation has invited several African states to converge in the country’s northwest mining town of Hwange, on May 22 with the view of forging alliances to push a fresh appeal for the sale of ivory, ahead of the 19th meeting of the Conference of the Parties to CITES (CoP19).

A total 150 participants, including Ministers from 16 southern, central and eastern and western African countries are expected to attend, as well as accredited diplomats, chiefs and local community representatives.

Government says the conference will provide technical scientific research on African elephant conservation and management, as well as assess the successes and failures reordered in that period.

Conservationist Sharon Hole, told Zim Morning Post that CITES is critical in the country’s wildlife conservation and management programs, adding that pulling out would be disastrous.

“If you pull out, who will you sell the ivory to?” she questioned. “In any case operating outside CITES will hurt the country’s capacity to trade with other members of the convention.”

Lenin Chisaira, an environmental lawyer and Director of Advocates4Earth, said ‘despite CITES shortcomings as a trade convention and not as a wildlife conservation treaty, it is still one of the best mechanisms to regulate the exploitation and trade of endangered species. Zimbabwe should strongly reconsider its position to move out of CITES because such a move would encourage illegal wildlife trade and poaching and would only alienate Zimbabwe from the international community,’ Chisaira told Zim Morning Post.

Zimbabwe has been pulling out all the stops ahead of the Elephant Summit and on May 16, invited Western countries’ ambassadors to tour the Zimbabwe National Parks and Wildlife Management Authority (ZimParks) ivory stockpile in Harare to get an appreciation of the situation on the ground.

Ironically, in 2020, Zimbabwe’s Environment Minister, Ndlovu, acknowledged that pulling out of CITES was a tough proposition given the fact that the countries Zimbabwe traded in ivory with were also reluctant to leave the organisation.

“There is a question on whether or not we should continue respecting the provisions of CITES which restrict us from selling our tusks. Related to that were other questions on whether or not we should continue being a member of CITES, why not pull out and be able to sell our tusks. It must be emphasised to this House that our markets for our tusks are members of CITES,” he told Members of Parliament in the National Assembly.

“You can only sell to a member of CITES subject to the provisions of CITES. Should we pull out of CITES, it means we cannot sell to those who are members of CITES. We are therefore taking ourselves out of the market for our tusks. Major markets are Japan and China and are not willing to pull out of CITES. If they were willing, we would have pulled out together with them, then we would be able to trade outside the provisions of CITES. So, it is an important consideration that we have made,” he said in 2020.