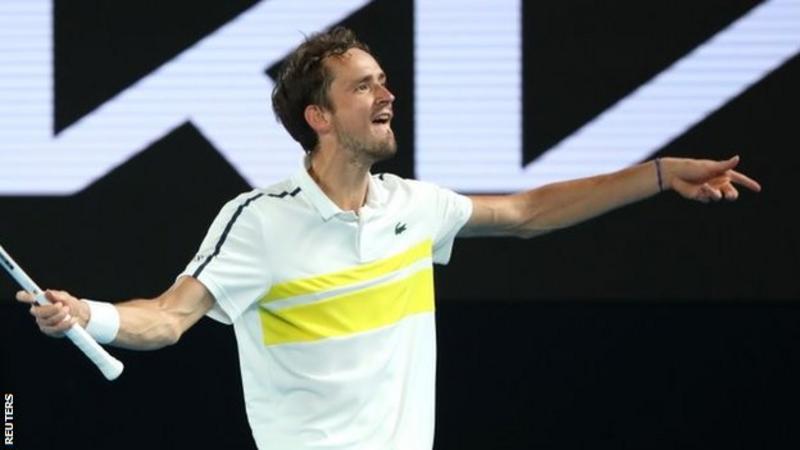 Daniil Medvedev has another opportunity to land a first Grand Slam title after beating Stefanos Tsitsipas to reach the Australian Open final.

The in-form Russian won 6-4 6-2 7-5 against Greek fifth seed Tsitsipas, securing his 20th victory in a row.

After losing in the 2019 US Open final, Medvedev aims again to become Russia’s first male major champion since 2005.

In his way stands top seed Djokovic, who is bidding for a record-extending ninth men’s title at Melbourne Park.

Medvedev has won three of their past four meetings but facing the 33-year-old Serb in an Australian Open final – in which he has a 100% winning record – should be a different proposition.

On what he has learned from losing to Rafael Nadal in New York, Medvedev said: “I took a lot of experience. It was my first Grand Slam final against one of the greatest and on Sunday I will face one of the other greatest.

“I don’t have a lot of pressure because Novak has never lost here in the final. He has all the pressure to get to Roger Federer and Rafa [in the all-time record of 20 men’s titles].

“I hope I will get out there and show my best tennis. As we have seen, I can win against the best names if I play well. He has more experience but more things to lose than me.”