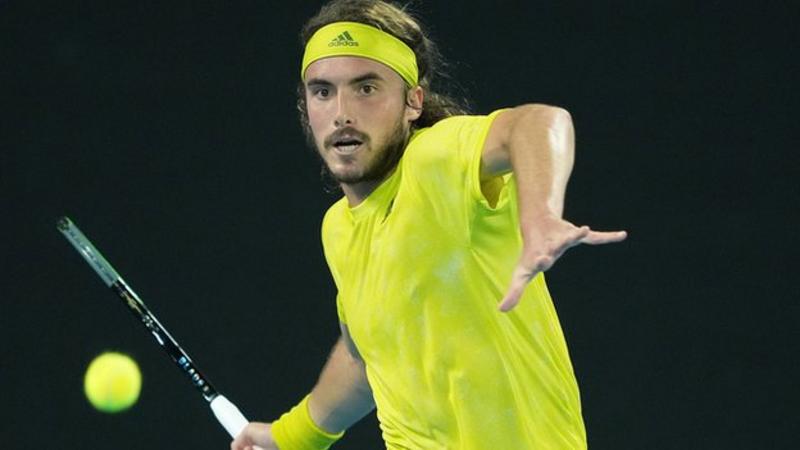 Rafael Nadal saw his bid for a 21st Grand Slam title end as Greek fifth seed Stefanos Tsitsipas fought back from two sets down to reach the Australian Open semi-finals.

Tsitsipas, 22, broke out into a huge smile, almost in disbelief, after converting his third match point.

Fourth seed Medvedev beat compatriot Andrey Rublev to reach the last four at the Australian Open for the first time.

The 25-year-old won 7-5 6-3 6-2 as his childhood friend Rublev, who was seeded seventh, struggled in the 29C temperatures at Melbourne Park.

ATP Finals champion Medvedev now puts a 19-match unbeaten streak on the line against Tsitsipas, who needed over four hours to overcome Nadal.

“I’m speechless, I have no words to describe what just happened on court,” said Tsitsipas, who was still out of breath in his on-court interview.

“My tennis speaks for itself. It is an unbelievable feeling to fight at such a level and give it my all on the court.

“I started very nervous, I won’t lie. I don’t know what happened after the third set. I flew like a little bird.

“Everything worked for me and the feelings are indescribable.”

By beating Rublev – one of the most in-form players on the ATP Tour over the past year – Medvedev extended his run of wins against top-10 players to 11 matches.

The Russian pair were closely matched in a competitive first set, trading breaks before Medvedev took the opener as 23-year-old Rublev was broken to love.

Rublev particularly struggled with the humidity, at one point sitting down on his box of towels after a gruelling 43-shot rally.

Both players were breathing deeply as the match progressed but it was Medvedev, who has improved his fitness in his rise to the top 10, who dealt with the conditions better.

Medvedev sealed victory on his first match point to reach his third career Grand Slam semi-final, although there was a slight concern when he called for the trainer at the end of the match after getting cramp in his left thigh.

“It was one of the best matches I’ve played lately,” Medvedev said. “This match is really unbelievable.