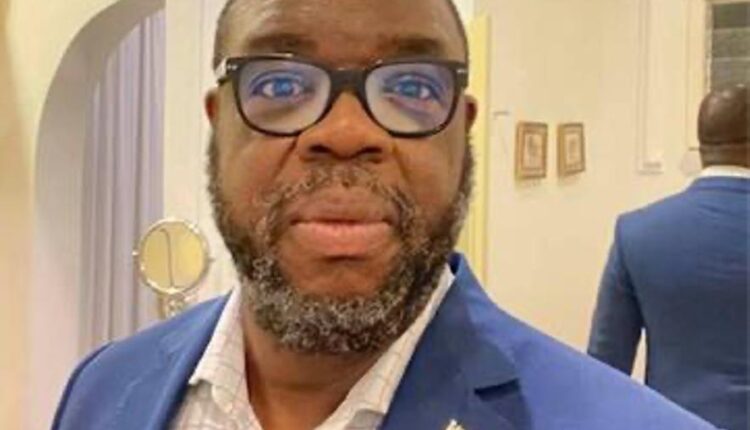 MONROVIA – Bomi County senator Edwin Melvin Snowe wants coach Peter Butler to be relieved of his duties after Liberia were beaten by Morocco by 2-0 in a 2023 Africa Cup of Nations qualifier at the Stade Mohammed V Complexes in Casablanca on 13 June.

The England international has had a spell of bad run since his appointment as coach of Lonestar, including his failure to qualify the country for the 2022 Afcon in Cameroon and this summer World Cup in Qatar later this year.

And Snowe, former president of the Liberia Football Association, believes the loss is unforgivable and Butler should be sacked immediately and replaced by former coach James Salinsa Debbah.

“As president of the Liberia Football Association (LFA), I had a foreign coach who wasn’t delivering and so, I fired him and appointed George Manneh Weah as Technical Director of the team and guess what? George Weah delivered and took my team to the African Cup of Nations,” Snowe posted on his Facebook page.

“It’s hard time that we fire the damn coach and appoint James Salinsa Debbah as coach of the National Team,” he wrote on his official page.”

But Butler, however, reacted to Snowe and those calling for his sacking, saying: “Why they calling for my head? Is it

because I promote all the young players, or because we tried to play good football;or because we have not played a game at home in nearly three years?

Or because I built a team on a low budget, or because the players like me because I educate them. Or I have a great ability to get on with local people whom I respect.”

“I hear many topics of discussions are trending there, but many reporters want to blame me for players, passport issues, visa issues, lack of preparation ,travel issues ,NPHIL ( PCR ) problems, money problems, players not being paid, and players not turning up ( not honouring the call up),” he said.

“None of the above is related to me. I am organised – I have submitted my program since 6th February- but could not undertake due to financial issues. I have had to draft players in whom are not even playing regularly, because obtaining visas for Liberian players is difficult to say the least and takes a long time.”

“It does not matter if you bring in Klopp or Guardiola or Conte, they would not tolerate the problems and would not handle the issues I have to deal with, I have half a team but again let’s all slam the coach – tell the truth!”

On his thoughts about the defeat Tuesday, Butler said: “We played a very good team ranked number 24 in the World – we did very well especially in the first half and matched them toe-to-toe, of course they are going to have a lot of possession but the penalty was not a penalty and the 2nd goal was a mistake, I felt the penalty changed the game. I was proud of the effort of the players , Liberia have never won in Morocco.”

Meanwhile, Debbah said Butler has stayed long on the job without getting constant  starting team.

“If you have quality players, you don’t have to worry whether you play home or play away. My problem is with the coach.

“He has been here approximately three years but up to now, he doesn’t have a starting eleven. He keeps rotating players. I’m a coach. I’m not here to condemn our current generation of players but, if you ask me, we aren’t ready,”

“Now a day, people look for quality in football. Look at our current calibre of players you can’t find more than two or three playing in Europe, which is unfortunate.

“We are too far. If we must compete in the next ten years, we must begin building now. We are playing teams that are legitimate contenders; serious contenders, not pretenders,  Morocco, South Africa and Zimbabwe. We should stop building the notion that we can qualify from this group. The possibility for me is far-fetched.”

Under Snowe’s regime which lasted from1998 to 2003, the Lone Star made its second nations cup in Mali with current president George Mannah Weah serving as technical manager.

As per report by the late Philippe Redon, who was hired to qualify Liberia over Chad in two legs to enter the group stage with Sudan, Sierra Leone, Ghana and Nigeria. Liberia won the first leg 1-0 in N’djemena and drew 0-0 in Monrovia.

The Frenchman, according to Snowe, was paid USD50,000 which was “too high” for Liberia so he opted not to extend his contract after Liberia qualified, and he would  go on to appoint Kadala Kromah.

But Kromah was fired by then sports minister Francois Massaquoi after Lone Star defeat to Sudan in Khartoum and Vava George, Frank Jericho Nagbe and Weah were appointed as head coach, deputy coach and technical director respectively.

They later took Lone Star to the Africa Cup of Nations in Mali in 2002 and also came close to reaching the World Cup.