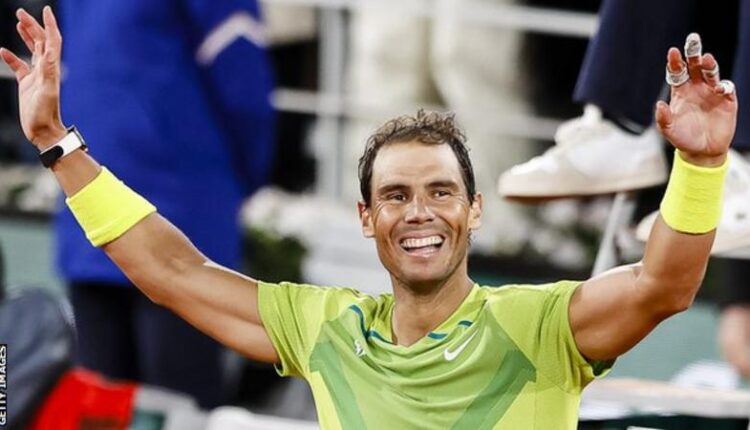 Rafael Nadal will aim to reach a 14th French Open final on his 36th birthday on Friday – although it remains to be seen whether it could be his last.

But the Spaniard is yet to find a “solution” to his chronic foot injury.

“The last three months and a half, for me, the only thing that I can say is they haven’t been easy,” Nadal said.

“If we are not able to find an improvement or a small solution, then it’s becoming super difficult for me. So that’s it,” added the world number five, whose encounter with Zverev is scheduled to start at 13:45 BST.

“It’s not the moment to talk about [what happens after the French Open]. We are going to talk about that when my tournament finishes.”

His 110th win at Roland Garros leaves him two victories away from moving another title clear of 20-time major winners Djokovic and Roger Federer.

Despite winning the Australian Open in January after returning from the foot problem that he feared may end his career, it is clear the injury is still causing issues.

“I am just enjoying every day that I have the chance to be here, and without thinking much about what can happen in the future,” Nadal said.

“Of course I’m going to keep fighting to find a solution, but for the moment, we haven’t.

“I don’t know what’s going to happen after here.”

Nadal has won six of his nine matches against Zverev – and four of their previous five meetings on clay.

The 25-year-old German’s wait for a maiden Grand Slam title continues but he did record his first victory over a top-10 opponent at a major with an impressive four-set win over talented Spanish teenager Carlos Alcaraz in the quarter-finals.

That display secured a second successive French Open semi-final for the 2020 US Open finalist – and victory against Nadal would set up his best chance yet of claiming a maiden Slam, against either Norwegian eighth seed Casper Ruud or Croatia’s Marin Cilic.

“Yes, I have not beaten [Djokovic or Nadal] in majors, but I feel like I was very close,” he added.

“I feel like I have had very difficult and tough matches against them. But there is a big difference between having a tough match and beating them. Still a major difference.”