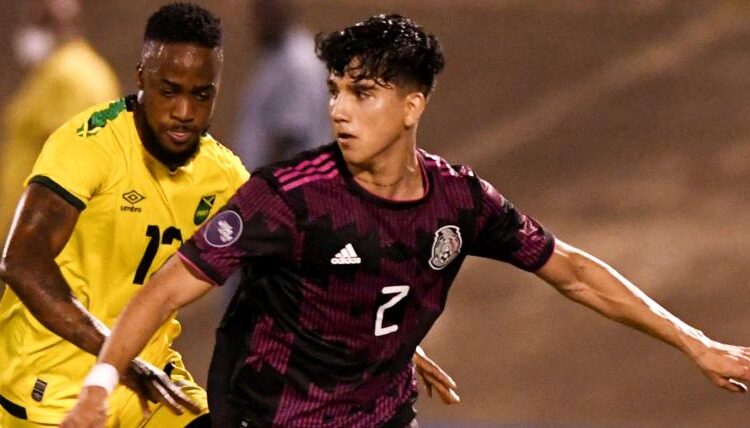 Jamaica vs. Mexico result: El Tri comes from behind to draw Reggae Boyz in Nations League

Mexico showed personality to come from behind on the road in Kingston and leave with a 1-1 draw against Jamaica in their second of four CONCACAF Nations League group matches. The result leaves El Tri with ground to make up in the standings in the upcoming set of matches in September.

With the result, Gerardo “Tata” Martino’s men closed out a choppy three weeks of matches on a somewhat positive note. A handful of Mexican fans in Jamaica were still vocal with their “Fuera, Tata” chant (Tata Out), but the team enjoyed some good spells in its fifth and final match of the June period.

But things didn’t come easy for Mexico in Jamaica. The match got off to a disastrous start for El Tri: They failed to convert two clear looks at goal inside the opening minute, and then watched Leon Bailey score an early opener for Jamaica. The goal rattled Mexico and Jamaica looked like they could quickly get another, striking the crossbar on a set piece header by Damion Lowe.

But Mexico regained its composure and began taking the game to Jamaica. They registered several attempts at goal, but Jamaican goalkeeper and captain Andre Blake made a number of spectacular stops, as he is known to do when he faces the regional giants.

It looked like it would not be their night, but just before halftime El Tri got their goal on a set piece with Luis Romo finally beating Blake on a strong near-post header.

After Kevin Alvarez needed to make a last-ditch goal-line clearance at the start the second half to keep Jamaica from scoring a second, Mexico slowly emerged as the protagonist for the rest of the match. Only Blake kept the visitors from a second goal, stopping vicious strikes from Luis Chavez and substitute Diego Lainez (twice).

The draw was the fair end result, and Mexico can now look ahead to its next set of matches in the September FIFA international window. Before then, there’s also an Aug. 31 friendly against Paraguay in Atlanta as the preparations continue ahead of their World Cup Group C opener against Poland on Nov. 22.

Mexico stock up, stock down

With every match he plays, Luis Chavez increasingly looks like a good fit on this team with the energy and personality he brings to the midfield. His left foot is always a threat from distance and on set pieces: It was Chavez who delivered the service to Romo on the goal.

It was only 22 minutes against Jamaica, but Diego Lainez once again showed why he can be a difference maker on this team. He makes things happen with the ball at his feet with his darting, dribbling accelerations. He was unlucky not to get a goal as Blake twice came up big to deny him in his limited stint.

The other bright spot for Mexico was right back Kevin Alvarez, who was busy on both sides of the ball. He was effective in attack and even got a shot on goal, but he also saved a goal with a desperate goal-line clearance early in the second half. Regular right back Jorge Sanchez is more of a physical presence, but Alvarez can push him for a starting spot.

The concerns, as they usually are, come in central defense. Jesus “Stitch” Angulo might be a good fill-in on the CONCACAF level, but he’s not reliable or fast enough to take to a World Cup, and Julio Cesar “Cata” Dominguez can also be a liability even though he’s mainly solid.

He scored a nice set-piece header — and he’s always been a set-piece threat — but Luis Romo didn’t do enough at the single pivot to influence the game. He’s still far from his best form, but he has a handful of months to attempt to get back to that high-energy, high-impact level that he showed off at Cruz Azul prior to the transfer to Monterrey.

Orbelin Pineda likely cost himself a spot in Qatar with his anonymous performances in June (Alexis Vega would definitely be taken ahead of him), and Fernando “Nene” Beltran didn’t quite do enough though he’s good for a handful of nice plays during the course of a match. He goes in the category of a good CONCACAF regional player, but he doesn’t bring enough to be a World Cup selection, even with an expanded roster to 26 players.