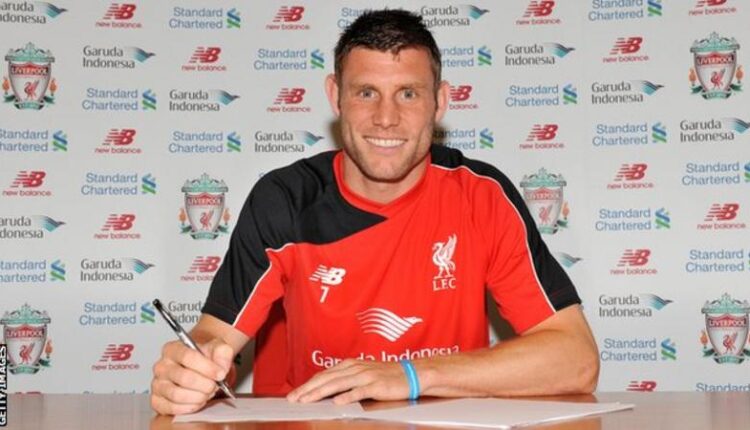 Vice-captain James Milner has agreed a new one-year deal that will keep him at Liverpool for an eighth season.

The former England midfielder, 36, joined Liverpool on a free transfer in 2015 after leaving Manchester City.

He has made 289 appearances for the Reds and has won six major trophies, including the Premier League, Champions League, FA Cup and League Cup.

It is understood Milner has accepted a contract with significantly reduced terms in order to remain at Anfield.

“I’m very pleased to be staying for another season,” Milner said.

“I have never taken playing for this club for granted and I never will.”

Milner, who would have been out of contract at the end of the month, had offers from at least one Premier League club and two from overseas but has chosen to stay with the Reds on a new deal that runs until the summer of 2023.

The move to retain Milner was driven by Liverpool boss Jurgen Klopp, who did not want to lose his influence in the squad and versatility on the pitch.

Milner has featured in both full-back positions as well as his favoured midfield role under the German manager.

“An overriding feeling for me – and a vitally important one in the process – was the belief I can still contribute to the team. The gaffer was clear what he thought and that was a big factor in me extending my contract,” Milner said.

Having made his Premier League debut for Leeds United in November 2002 aged 16, Milner’s new contract will see his career in the English top flight extended to two decades.

Although not now a regular starter in key games, he made 24 Premier League appearances last season as Klopp’s side fell one point short of winning the title.

Liverpool also missed out on the Champions League to Real Madrid but secured a domestic cup double by winning the FA Cup and Carabao Cup, with Milner successfully converting his side’s first penalty in both shootouts against Chelsea.

“Last season was extraordinary, even though it didn’t have the ending we hoped it would – but I think that will only make us all even hungrier for more success,” he said.