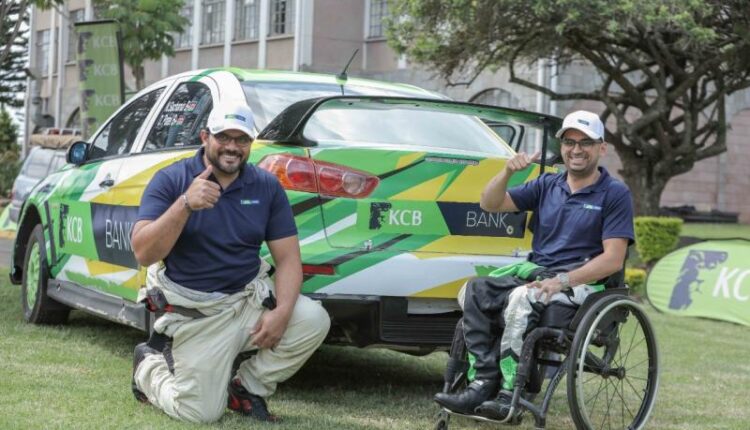 A Former Kenya Motorsports Personality of the Year winner Nikhil Sachania is among local drivers aiming for glory in the 2022 WRC Safari Rally to be staged in Naivasha on June 23-26.

The former Soya Sports Personality of the Year is looking forward to a respectable position in the global series after failing to finish in last year’s rally.

He is currently panel-beating his Mitsubishi EvoX machine into shape after landing a sponsorship deal from the KCB Bank.

The support from the financial institution has helped him launch his test drives ahead of the competition and will help him cater for his various logistics in the championships.

The Kenya National Rally Championships (KNRC) Specially Prepared Vehicle champion is also doing all he can to bond with his able bodied partner Deep Patel, who will call out his pace notes during the rally that will traverse the rough terrains of Naivasha.

“I’m doing final touches here and there ahead of the Safari Rally,” he said.

“With the current harsh economic status in the country, sponsorships are few and far in between. Actually, I was not going to drive the full season this year, but with KCB Bank now on board, I am excited to be back.”

The Samani Construction Ltd Project Manager is a living embodiment of the incredible resilience of human spirit in motorsport.

The driver has proved that indeed, disability is not inability. This follows his rise from a near fatal accident that almost ruled him out of the sport. He was testing his quad bike with friends in Athi River in September 2011 ahead of his national championship debut when the accident happened.

He hit a rock at high-speed and landed head first. The impact shattered his spine and was out of the sport for a while, but his deep conviction in rallying brought him back, fierce than ever.

The incident now seems like a blessing in disguise as Sachania has been winning trophies with ease.

“I have always loved motorsports. I can’t remember my first rally, but it would be through stories from my father, who was a rally ace in the 1980’s.”

“As soon as I had enough strength after the accident, I jumped into the first car I could get,” said Sachania, who is also a beneficiary of the FIA Disability and Accessibility Commission grants.

“My father and my uncle Kiran Patel were also at hand with moral support and advice, so I always knew whom to turn to,” he said.