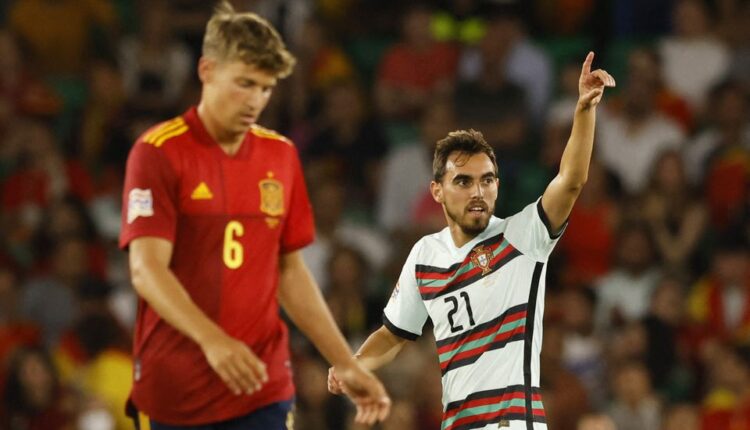 Portugal striker Ricardo Horta grabbed a late equaliser to earn his side a 1-1 draw with Spain in their Nations League opener at Estadio Benito Villamarin on Thursday.

Alvaro Morata had given Spain the lead but Horta’s goal ensured the great rivals drew for the fourth time in a row. Portugal have not won a competitive game against Spain since 2004 and have never beaten them on Spanish soil.

“It tastes good because Spain is strong and we were playing away. It was a good result for Portugal,” midfielder Bernardo Silva said.

“It was a match similar to the previous ones. We could have won, but we could also have lost.”

Portugal had opportunities to equalise through forward Rafael Leao and striker Andre Silva before halftime but both narrowly missed the target.

Fernando Santos’ side were once more close to levelling just before the hour mark after Leao received a pass from Silva and defender Diego Llorente failed to block his strike, but goalkeeper Unai Simon stretched to deny him.

Morata, meanwhile, had another good chance which went just wide of left post in the 64th minute before he was substituted.

Substitute Horta equalised for Portugal eight minutes from time, leaving the Spanish defence behind as he latched on to a precise cross from defender Joao Cancelo inside the area and placed a shot into the middle of Simon’s goal.

Fans of both sides were able to enjoy a lively game which had caused the Spanish national team’s website to crash when tickets went on sale last week.

The last positive result in the fixture was Spain’s victory on penalties at the 2012 European Championship and their last two friendly meetings finished goalless.

Both sides play three more Nations League games in the next 10 days. Spain travel to Switzerland between two matches against the Czech Republic while Portugal host the Czechs and face Switzerland twice.

Spain and Portugal will meet again on Sept. 27, in their last group fixture.