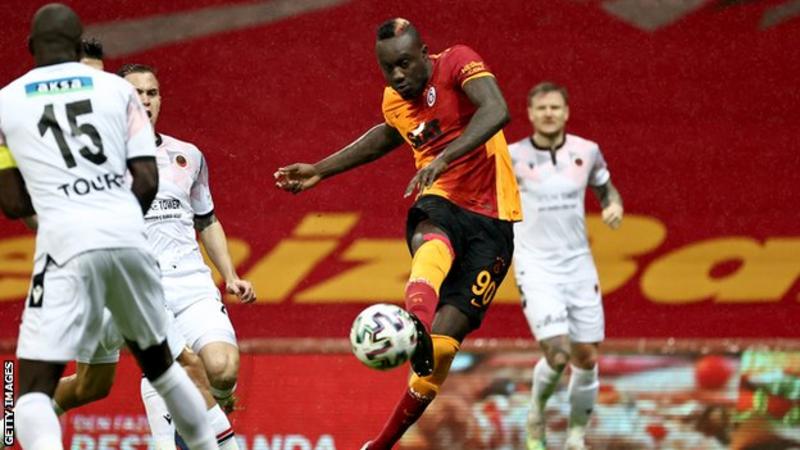 West Bromwich Albion have signed Galatasaray striker Mbaye Diagne on loan until the end of the season.

The Senegal international, 29, has scored 11 goals in 19 games in all competition for the Turkish side this campaign.

“It has been a long negotiation and finally we have found someone who can give us a bit more,” said boss Sam Allardyce.

“But there’s no guarantee he is going to switch it on straight away.”

West Brom have also signed Scotland winger Robert Snodgrass from West Ham and goalkeeper Andy Lonergan in this window and Allardyce said their aim was to bring in two more players before the window closes at 23:00 GMT on Monday.

West Brom, who are currently 19th in the Premier League – eight points adrift of safety – have only scored 15 goals in 20 Premier League games so far this season.

Find all the latest football transfers on our dedicated page.

West Brom take on Fulham in a relegation battle live this Saturday: Find out all ways you can watch that and more televised fixtures here