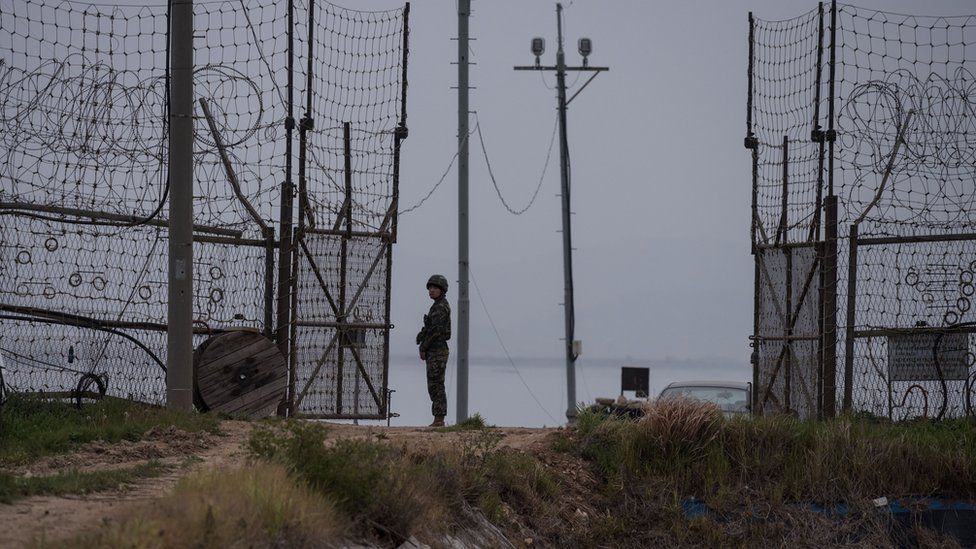 North Korean defectors: What happens when they get to the South?

For Kim Ji-young, arriving in South Korea at the age of 31 after an arduous escape from the North “was like a dream”.

But her joy at arriving in the prosperous South in March 2013 alongside her mother and three cousins soon gave way to a difficult adjustment period.

Every day brought new challenges and the family knew no-one. “There were many cultural differences… we had to start all over again,” she says.

Ms Kim is one of thousands of defectors who have managed to escape life in the isolated dictatorship. But for those who’ve fled, their resettlement in the South is only the beginning.

Many have to learn the basics of life in a high-tech, democratic society – from using a bank card to understanding how representative government works.

What happens when they arrive?

Initially, defectors go through a period of investigation and a debrief with the intelligence service.

There are also community centres that provide resources for resettled refugees. They tend to focus on this period, helping defectors get set up with mobile phones and a bank account as well as getting acquainted with their local community.

After Hanawon, defectors are assigned a public rental home. Ms Kim was left with a box of food – ramen, rice, oil and condiments – to last for the first few days:

A counsellor or a defector who has already settled helps clean the house and provides additional support.

“Then they have to live their own lives,” she says.

Who looks out for them?

North Koreans who settle in South Korea are assigned a police officer who keeps an eye on them. “You can think of it as being assigned a local friendly bobby who checks in every now and then,” says Mr Park.

“Sometimes they become friends . They’re typically older officers, more of a father figure. Their role is to check in – almost like a social service.”

The officers sometimes work in tandem with associations or churches.