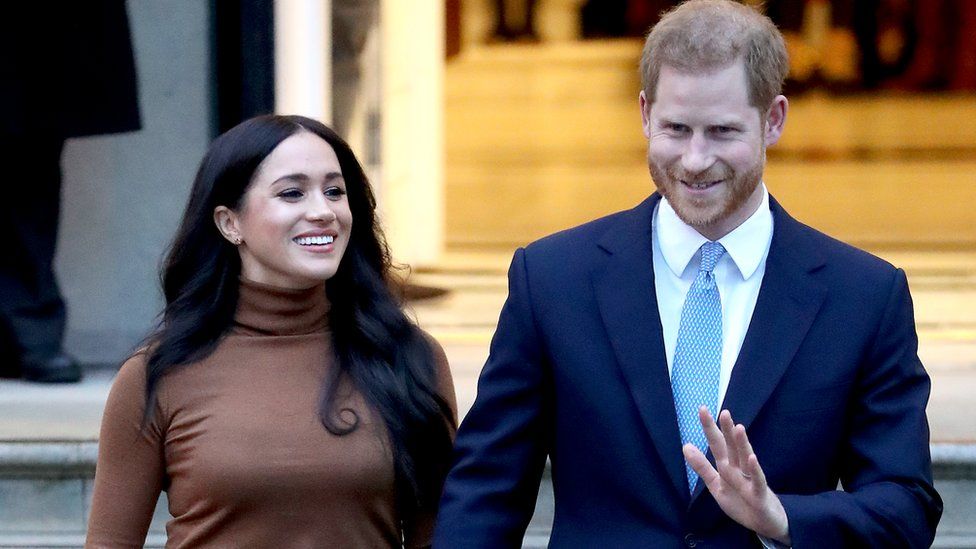 Harry and Meghan not returning as working members of Royal Family

The Duke and Duchess of Sussex will not return as working members of the Royal Family, Buckingham Palace has said.

The Queen confirmed the couple would not “continue with the responsibilities and duties that come with a life of public service”.

A statement from the palace added Prince Harry and Meghan “remain much loved members of the family”.

The couple said “service is universal” and offered to continue supporting the organisations they have represented.

The duke and duchess said last January they would step back as “senior” royals and work to become financially independent.

They formally stepped down in March, with a plan to review the arrangements after 12 months.

The confirmation means Prince Harry and Meghan, who now live in California, will return their honorary military appointments and Royal patronages.